Item 1. Many of you saw it in TVO last week, but the empty building that housed Crazy Horse II was the scene of a 2-Alarm fire on June 5th. No one was hurt in the blaze. This is NOT the home of Crazy Horse III. That business is doing fine! Here’s the full story of the fire and Crazy Horse II history..

Item 2. Crazy Horse 3 threw an epic fan appreciation party on June 9th. The two-hour open bar completely filled the large club. The blast was designed for locals as part of the club’s “Local Love” campaign. It worked! Every seat was filled, the rooms were jammed and the crowd had a great time. As I left the club I thanked floor Supervisor Michael Chism for making it feel like Las Vegas again!

Item 3. Scores “Kinky Summer Nights, A Fetish Burlesque” opens on June 16th. Scores joins other clubs in bringing in feature specialty dancers to create an evening attraction.  The show is produced byA List Productions and stars AVN Award Winner Daisy Ducati (@daisyducati) and Misstrixx.  TVO will bring you a review as soon as it opens. The show is scheduled for Thursdays June 16th and 23rd at 9pm and 10pm. 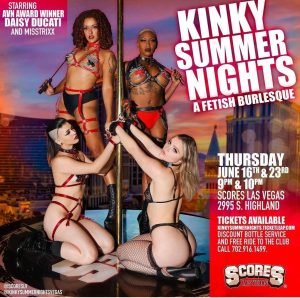 Item 4. Did you know that #tequila raises body temperature instantly, leading to an immediate desire to remove clothing?  That piece of medical information comes from the party people at thesapphirepool.  🥃

…Did you also know that’s just a fancy way of saying Tequila tends to make TOPS come OFF ? 😉

Get the limes & salt ready for next Friday, Saturday and Sunday at the HOTTEST pool party in Las Vegas! 🔥

Item 5. Is UFC in strip clubs a bad investment for the club operators? Mr. and Mrs. TVO went to see the card topped by Glover Teixeira and Jiri Prochazka for the UFC Light Heavyweight crown.  I won’t mention the club because I respect them too much …. but it was not well attended. The feature card started at 7pm Las Vegas time. The main bout started at about 9pm. My guess was there were a dozen guys there to see the fight. The club was fully staffed, they had a dedicated room plus TVs on in every section of the club.

It turned out to be a fabulous, close, bloody 5 round championship. One of the better big man fights you’ll ever see!

I’ve been told that a big club pays $5-6K for the rights to show a card like UFC #275. I’ve been to well attended fights too. But this had to be a bust. There were only two clubs in town that I know of that were showing #275 this past weekend.  I’ll keep digging into this because I enjoy seeing these fights in a club. I hope they don’t go away. 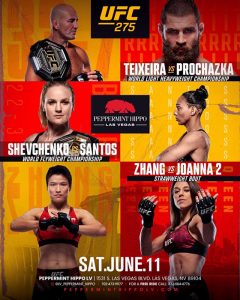 Item 6. The Dancers are not happy! Heard from dancers in a few clubs that their managers are moving dances out of the public seating for the VIP booths and private areas. They want to do this because it’s easier to get the desired $100 transaction than the decades old $20 dance. 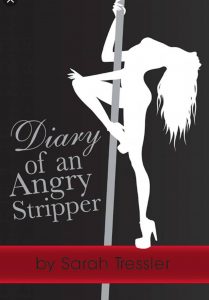 Guys are resistant to both the higher ticket price, but also the idea of leaving his table. The dancers said that sometimes guys don’t want to leave their friends. Guys who are alone don’t want to move their stuff!  I can relate to this. When I find a good spot, don’t ask me to pack up my phone, my keys, my drink, etc. Let me stay where I’m at! I’m comfortable.

I don’t see this trend stopping in the big clubs. It’s easier to monitor money, take a cut of the money, sell a drink package or bottle, and extract extra tips for hosts and servers. The dancers are feeling the pushback from the customers.

Item 6. The new Top Gun sequel is the best movie I’ve seen in years.   Every moment is exciting!! 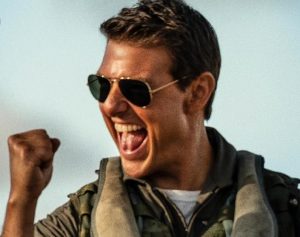 Deja Vu Showgirls
Ken’s promotion is the original “$2 Tuesday” with well and call drinks, plus all domestic and imported beers, just $2 each all night long.  Doors open at 6 pm and the $2 special is good all night (the club closes at 4 am).

Little Darlings
LD now celebrates “Hookah Tuesday” every week. All hookahs are just $18 all day and all night.

Hustler Club
They also have a “$2 Tuesday” promotion with well and call drinks, plus all domestic and import beer just two bucks each all night long. (Ultra premium liquors excluded.) All food $10. Also, on Tuesday nights, Hustler has a closeup magician, Rodney Reyes, in the house to entertain guests tableside.

Scores
Scores has an ‘industry night’ on Tuesdays. Drive yourself, Show your credentials at the door, and receive FREE ENTRY and HALF-OFF on drinks all night long!

Crazy Horse III
CH3 offers “Taco Tuesdays” every week. Freshly-made tacos are just $1 each, with your choice of pork, chicken or carne asada.

Girl of the Day 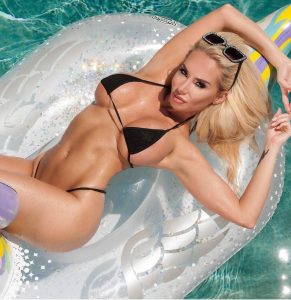