The Lights Go On Again at Club Paradise 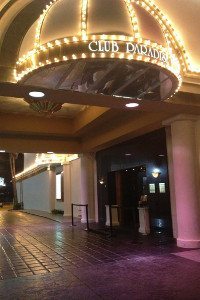 On January 5, Club Paradise opened its doors after seven months dark, having been closed by the police and FBI in June 2014 after multiple customers alleged they had been drugged at the club and billed for tens of thousands in fraudulent credit card charges.  It happened at a time when a lot of Vegas strip clubs were struggling, and a number even went bankrupt.

A few of the club’s former dancers and managers were investigated, lawsuits were filed, there was a change of ownership, and now the lights are on in Paradise once more.

On January 9-10, Club Paradise had its official Grand Reopening party.

The Las Vegas Sun sent intrepid reporter John Katsilometes to cover the Club Paradise Grand Reopening and to Katz’ surprise, he found the former owner in the club as well.  He reported:

Paik [Steve Paik, the new owner] bought Club Paradise from Sam Cecola [the owner at the time of the credit card fraud], who on a recent day happened to be in the club and appeared to have the run of the place… Cecola flew in from Chicago for the opening and was working in an undefined capacity… Paik and his club officials are quick to point out that the club’s former owner is not working in any official capacity at Club Paradise.

Cecola was one of a cast of colorful characters who continued to own Vegas strip clubs long after reported mobsters were run out of the Vegas casinos.

Casino City Times reports that Cecola (who also owns the Admiral Theatre in Chicago) was convicted in 1997 on federal tax fraud charges for skimming more than $2.5 million from adult bookstores in Illinois and Wisconsin.

Court documents say that Cecola owned the bookstores through various front men, though he and two partners (also identified as members of organized crime) received 85% of the bookstores’ profits, and instructed the store front men in how to skim money. The bookstores provided coin-operated video machines, so there was a lot of cash floating around that made skimming easy.

A Chicago Crime Commission included Cecola in an organized crime report in 1997, alleging he was an associate of the “Chicago Family.” And according to ipsn.org (a repository of documents on organized crime run by John J. Flood, a friend of mine who was a Chicago cop) Salvatore “Sam” Cecola was a member of the “Cicero crew,” and ran a string of lucrative massage parlors including the Harlem Leisure Spa, across the street and in plain view of the Moody Bible Institute on LaSalle Street. (A 1979 court document describes the activities cops observed at the Spa.)

Cecola transferred ownership of Club Paradise to his wife in 1998 as part of an agreement with Clark County officials that he would never set foot in the property again. Later, Las Vegas Metro police provided transcripts of taped phone calls between Cecola and his wife that they said showed that he had continued to run the strip club from prison, but Cecola regained legal control of the club in 2003. 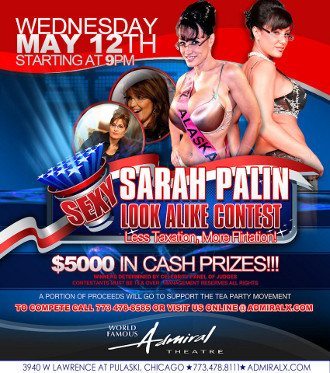 In his 2007 Inside Vegas columns at American Mafia, Steve Miller reports on two other former Vegas strip club owners alleged to have connections with organized crime. Mike Galardi, former owner of Cheetahs, was reportedly protesting being sentenced to the same minimum-security prison as Rick Rizzolo, former owner of Crazy Horse Too.

Galardi went to prison for bribing San Diego and Las Vegas politicians to change statutes regarding contact between dancers and customers. [Note: If Galardi had been a Wall Street banker, they would have called it “lobbying.”]

Rizzolo (a guy a little too colorful for my taste) was convicted of racketeering. Among other things, he allegedly had dozens of strip club customers at Crazy Horse Too beaten up if they refused to sign bogus credit card charges.