The Return of Conor McGregor 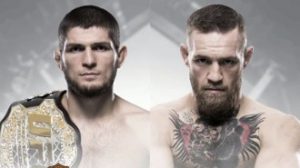 UFC 229 will be held at T-Mobile Arena in Las Vegas on Saturday night, October 6, 2018. The main event will feature the return of fan favorite Conor McGregor, who will be challenging Khabib Nurmagomedov for the UFC lightweight title.  That means Vegas will be packed and so will the Vegas strip clubs holding fight viewing parties.

UFC fight parties are particularly fun when McGregor is on the card.  Half the fans in the house will be redheads from Ireland, wildly cheering him on. 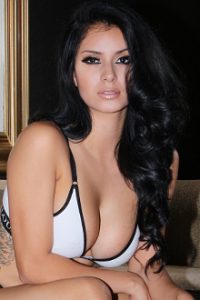 McGregor won the lightweight title in November 2016, but never defended it — primarily because he got sidetracked by Floyd Mayweather. Nurmagomedov currently holds the title and McGregor wants it back.

Tickets at T-Mobile range from $626 each for the nosebleed sections to $32,000 each for the front row. Aside from the price, the big problem with seeing the fight at T-Mobile is that parking’s a nightmare and you need binoculars in the cheap seats. Plus, even in the $32K seats, T-Mobile doesn’t provide booze, free eats, or lap dancers.

The solution? Go to a Vegas strip club where you can watch the action close up on big HD screens for a fraction of the price with drinks, food and hot topless girls. Here are the Vegas strip clubs advertising UFC 229 fight parties: 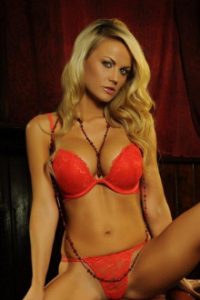 Treasures Las Vegas will be screening UFC 229 with reserved VIP seating and a party featuring a high-end buffet. (Treasures has a gourmet steakhouse on property and an excellent grill, so their party food is always first rate.)  Cover charge is $30 for locals with NV ID or $50 for out-of-staters.

Treasures bills itself as “the Most Luxurious Strip Club in the Country,” and I do believe it is the most upscale gentlemen’s club in Las Vegas. It looks more like a millionaire’s mansion than a strip club. You can also get a package that includes a meal in the club’s steakhouse; check out all of their package deals here. Topless, full bar, 21+ 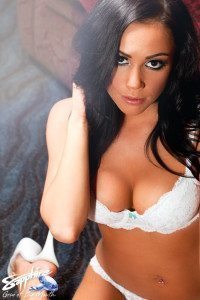 Kimber Is a Sapphire Gem

Sapphire has a number of package deals available for UFC 229. The basic price is $65 and includes limo transportation to the club from your hotel, reserved seating in the Showroom (which features three of the largest HD screens in Vegas), and Sapphire’s great buffet. For group, party, locals and bottle packages, check out all of Sapphire’s package deals here. Topless, full bar, 21+

Crazy Horse III has a $69 package that includes transportation to the club, entry and free pizza. (Note: You will not get a reserved table unless you order bottle service.) Topless, full bar, 21+

Sophia’s will be screening the fight. They have package deals starting at $40 for general admission, $199 for an open bar package and other deals for VIP seating, bottle service, groups, etc. Topless, full bar, 21+

Hustler Club is also advertising a screening party for UFC 229 with no details. Expect $50 entry for out of state or $40 if you take their limo (includes 2 drinks). Locals free with Vu card.  Topless, full bar, 21+

No announcements yet from Cheetahs, Scores, or Centerfolds, though some or all of these clubs may be screening UFC 229. I will update this page as more information comes in.