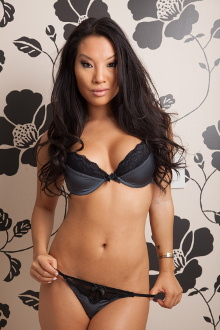 To Be Curated by Asa Akira

A new strip club — The Legends Room — is opening has opened in Las Vegas with features I’ve never seen before in any Vegas gentlemen’s club.  If you invested in Bitcoin on its dip below $300 in 2015, this might be the place to enjoy some of your profits now that it’s trading at $2900. (See our Legends Room review.)

The Legends Room will be the first Las Vegas strip club (and possibly the first strip club in the world) to accept Bitcoin and 29 other cryptocurrencies, and there will be a Bitcoin ATM on the premises.  (You will also be able to use cash and credit cards in the club.)

Other businesses in Vegas that accept Bitcoin and other digital currencies include the D Hotel and Casino downtown, Royalty Exotic Car Rentals, and Battlefield Vegas, where you can shoot AK47s and other fun playthings.  Nevada recently passed a law prohibiting taxes, fees and regulations on the use of blockchain technology.

Have You Ever Wanted to Own a Strip Club?

If you’ve ever had a hankering to own a gentlemen’s club of your own, The Legends Room has come up with another new concept that may be of interest to you.  The club will be open to non-members like any other strip club in Vegas, but half of the club will be reserved for members only.

Your membership includes $2,500 in dance tokens and $2,500 in drink tokens, so in a way it’s like getting a discount for prepaying for a lot of drinks and dances. But memberships can also be rented or leased to others and there will soon be a mobile app for doing these transactions so you can make money from your membership when you’re not using it.

If you’re not up for springing for a full membership, but you’re interested in enjoying the members’ area or attending one of the members-only events, you can also use the app to rent a membership while you’re in town.

The Legends Room will be opening in June or July after remodeling the property at 3750 S Valley View (formerly Striptease), located on Valley View just south of Twain (a few blocks north of Flamingo).

You can email info@legendsroomlv.com or call 702-847-5346 for more information on club memberships.

In the meantime, you can go check out London Keyes’ promo video for the club below.