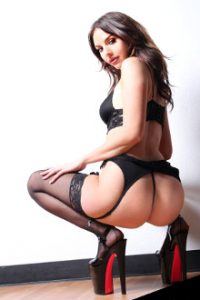 Deja Vu San Francisco has filed a lawsuit on behalf of 15 of its strip clubs in four states — California, Colorado, Oregon and Washington — because the Small Business Administration excludes businesses that offer “performances of a prurient sexual nature” from the pandemic loan program that all other small businesses are eligible for.

The three Las Vegas Deja Vu affiliated clubs — Deja Vu Showgirls, Little Darlings and Hustler Club —are not parties in this lawsuit, but I’m sure if the 15 clubs suing the feds are successful, all of the strip clubs in the country will benefit, including the best Vegas strip clubs.

The judge gave the strip clubs one week to file an amended complaint with new allegations and gave the feds two weeks to file a written response. She scheduled a tentative hearing for additional oral arguments on Aug. 27.