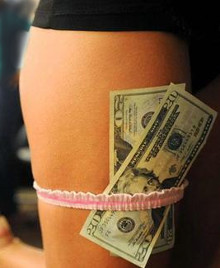 If you’re looking for employment in the adult entertainment industry, Deja Vu is now hiring. They are specifically reaching out to any furloughed government employees who are looking for a paycheck.

Deja Vu has 200+ locations in 40 states and six countries, consisting of both gentlemen’s clubs and retail stores with more than 4,500 employees and 40,000 contracted entertainers. Employees can earn an hourly wage plus tips for host, security, and waitstaff positions. Get a job with Deja Vu and you’ll be the envy of all your friends! The earning potential for beautiful women who can work as entertainers is well beyond any government salary. When the shutdown is over, you may decide to kiss your federal paycheck goodbye permanently.

You can apply online at www.dejavu.com to get an immediate interview.