Hi Scott,
I am absolutely blown away! Venmo just informed me that they reversed my $200 payment to Regina Gibbs.
WOW! I never expected that to happen. I didn’t think it would even be possible to do.
This incident turned out to have a very happy ending, which I never expected.
I told Venmo how incredibly grateful I am to them for mitigating the consequences of my stupidity.
And thank you, Scott, for your support, which felt very good to receive.
Lesson: Don’t send a deposit!

Eros.com Seemed to be Credible

In the past few years TVO has commented that the service Eros.com appears to be a trustworthy provider of services for customers seeking to engage in courtesan services in Las Vegas.
Prostitution is illegal in Clark County, so any arrangements that happen behind closed doors between 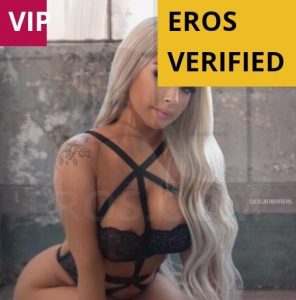 consenting adults is nothing TVO knows about, or cares about. My own leanings are Libertarian … and my practical advice is always, “Go to Nye County, it’s only an hour away! The legal brothels in Pahrump are safe, secure, customer friendly and worth the drive.
Engaging an escort, or similar service in Las Vegas, has a large set of risks.

Eros.com “Verified” – What Is That?

Eros.com, promotes itself as different kind of provider. According to their website they add an element of assurance called, “Verification.” Here’s how their website describes this …
In order to be eligible to be designated Eros Verified, Eros must have concluded that the individual publishing an advertisement appears to be the same individual depicted in that advertisement. Eros makes such a determination by using a visual comparison of the advertisement photographs submitted to Eros with the advertiser’s government-issued ID and/or other photographic evidence.

Where in the World is Regina Gibbs?

Today a TVO reader posted the following to our site:
EROS VERIFIED is MEANINGLESS!

Until today I have NEVER sent a deposit for an appointment with an escort. But because Jasmine Grace’s profile was EROS VERIFIED, I assumed I would not get ripped off by her. WRONG!

I sent $200 to Regina Gibbs via Venmo, and never heard back from her.

I will be reporting this incident to Venmo.

I texted the number on Jasmine’s profile: 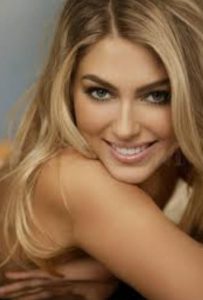 TVO Reader Tells His Side of the Story

She replied, then I called her. She informed me that her rate was $400/hr, which I said was OK. Then she informed me that I would need to send a 50% deposit via Venmo to secure our meeting.
I NEVER, NEVER send money to escorts before meeting them. But I thought that since she’s on eros.com–a reputable escort website–and since she was classified as “Verified”, she must be a legitimate escort and not one of the many scammers out there. And she looked so cute and so upbeat that I really wanted to meet her, which really clouded my judgement!!!
We ended the phone call and she texted me the following:
For Venmo  babe just send it here @ReginaGibbs plus the last 4 digits of the phone 2711. Before sending please make sure that you are sending it as friends/family this is a personal account. No payment for business is allowed.
You must put “GIFT” in the memo otherwise I will not accept the payment and there will be no encounter.
She then sent me a selfie that she said she had just taken. It didn’t look very much like the pics in her profile, which should have been a BIG RED FLAG! But at this point I was thinking with my dick instead of with my brain ! ! !
I signed into Venmo and entered @ReginaGibbs2711, which wasn’t recognized. She then told me that 2711 was the last 4 digits of her phone number (even though we were texting on 858-252-1220), and I should only enter @ReginaGibbs, which I did.
After I informed her that my $200 payment went through, she told me that I needed to send her a screenshot of Venmo’s confirmation of the $200 payment. I asked her why, and she said that she needed the screenshot in order to receive the money. I didn’t understand this, but I provided her with a screenshot. (It’s in my phone, so if you want to see it, you’ll have to give me your phone #.)
She replied: “Got it baby! I’ll be preparing now, see you later.” I asked her what she would be “preparing”. After 30 minutes with no reply, I asked her when she was going to send me instructions on how to meet her.
Her reply was: “I am the booking assistant; the model has been informed of the meeting and will be in touch shortly.” And that was the last I heard from her.
An hour later I texted her that I realized that she had “stolen $200 from me. I will be pursuing every avenue to see that you are prosecuted for you illegal activities.”
That was the last of my communications with her.
I emailed my above comment to Eros and informed Venmo that I was duped into sending Regina Gibbs $200. I’ll let you know if I hear back from either of them.

ToplessVegas.com does not have a dog in this fight. We don’t know Regina Gibbs and we don’t have a business relationship with Eros.com. One of our readers has been injured by a “Verified” Eros.com advertiser. We only want to hear that the situation was handled in a responsible way by the parties involved.
If we hear from our TVO reader, Regina or Eros.com, that the matter was resolved, we’ll acknowledge that and update this post.
Until then, we continue to recommend the pleasant drive to Pahrump, and a visit to a legitimate business-like Sheri’s Ranch. 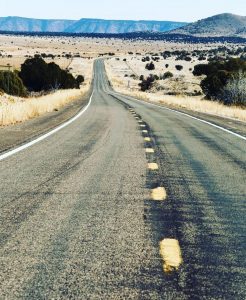 If you prefer to use an independent escort in Las Vegas, our readers have said Slixa.com is the most reliable site to meet escorts.

2 Responses to “Don’t Get Scammed on Eros.com”