Do you believe in ghosts? It’s Halloween in Las Vegas and the reports of ghosts are everywhere.

Bugsy Siegel is always appearing in the El Cortez and his Flamingo Hotel.

Mobsters who left this earth from violent assassinations tend to stick around town more than most celebrities. I’ve not heard of Liberace sightings, or Debbie Reynolds appearances.

However, the spirit of Tony “The Ant” Spilotro, immortalized by Joe Pesce in the

role of Nicky Santoro, in Casino, is often seen at the bar in Piero’s. He’s a regular for their prime rib night on Thursdays.

Most convincingly, we see Elvis almost every night of the week on the north end of The Strip. 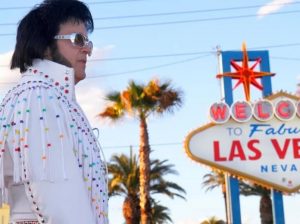 I was just alerted to another ghost that haunts Las Vegas … the female apparition has been reported for years at the totally nude/full bar legend just north of Freemont Street.

Enjoy this reader account of a fall night in the VIP Suites at Palomino.

During a recent visit to Las Vegas, I made a long-anticipated return to one of my favorite ‘haunts’ …. The Palomino Club. I’ve been a customer for three years after reading about the club in TVO. It is one of my first stops after dropping my bags at my hotel.

The first night I had a GFE (Girl Friend Experience) date with a gorgeous dancer I’ll call “Paris.” I’ll keep most of my details with Paris to myself because I have a close connection with her and won’t ‘kiss and tell’ in this case. She has an extraordinary sexual confidence that I find very empowering. She’s a beautiful girl and she creates an indescribable energy when you share your feelings with her.
I played the field on the second night and the pickings were lush as Frank Sinatra used to say! A sensuous girl I’ll call ‘Willow’ took me upstairs for a solo dance. When we were in a VIP suite, she removed my shirt (which she said feels better against her skin than a shirt) and went over to the ice bucket and sneakily kept a few ice cubes in her mouth.
She straddled me started to run the ice cube from my ear lobe, down my neck and back across to my chest. It made me dizzy and breathless. For one hour with Willow in a private bedroom I paid $700, plus $350 for bottle service.
Later, Willow invited her girlfriend ‘Villa’ into a VIP session with me. This threesome was impossible to resist after the ice show that Willow rocked me with earlier!

We walked that Palomino ‘stairway to heaven’ to the VIP suites on the second floor. The two perfect 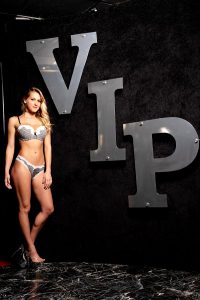 dancers pushed me back onto the spacious Palomino bed. They took off my shirt again. Willow and Villa had me on my back and each girl firmly clamped onto my ear lobes with their mouths. They guided my hands to their firm asses … it was an amazing feeling! The three of us “wrestled” about on the bed. It became a blur as to which girl, and what body part my mouth was latching unto, and my tongue was licking. I could feel our collective body heat rising. Our skin pressed on each other, sliding in different directions.
Suddenly the music stopped in mid song. It was eerie; and I thought we were being raided.  Villa, a more experienced dancer at the club, confidently told us that means the Palomino ghost is in the room with us.
She called her “Annabelle” and joked she goes further than any girl in the club because the Vice Squad can’t bust her!

They made me feel like I was able to go as far as I was willing to go during each dancer. None of the

Post script: Keith at Palominos confirmed the female ghost.  He said she’s been around for decades.  However, he said the music going off is not because of Annabelle. He said the music goes out when dancers try and play their own music in VIP, overloading the club’s intricate  sound system!