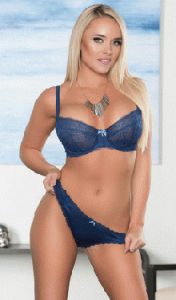 Alexis will be performing on Hustler’s main stage for three consecutive nights, starting tonight, Wednesday (June 9), then Thursday and Friday (June 10-11). She’ll be doing two stage sets each night, at 11 pm and 1 am, and will also be available for up-close-and-personal dances in Hustler’s luxurious private rooms.

I should also mention that Wednesdays are Hustler’s “Salute to Service” nights, with free entry to U.S. military. See all of Hustler’s package deals here. Topless, full bar, 21+