This guest column was submitted by a TVO Reader from California. His name, and the name of others, were changed for the story.

An Hour in a Vegas VIP Suite

My Foursome at the Peppermint Hippo

Friday, June 24th was my kid brother’s bachelor party. I live in San Diego, but we’re a San Bernadino crew through and through. All of the other guys went to SBHS, Pacific or Fontana. All of us played football … and as of now we’re all on speaking terms again.

Now, we get along so good that we celebrated my baby brother’s bachelor party in Las Vegas this weekend in San Berdu style. Strip clubs!

We rolled in Friday afternoon and checked into four rooms at the Strat. Some guys dog on the Strat like it’s 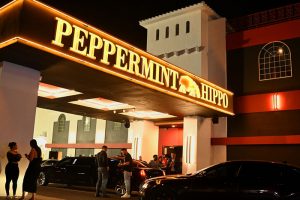 too ghetto. But it’s clean, full of people younger than me … some fine young women, and we park for free. Plus, it’s close to the lineup of clubs we were going to hit…. DejaVu, Treasures, Sapphire’s Pool, Spearmint Rhino and Peppermint Hippo. I’m old enough to remember when the Peppermint Hippo when it was the unofficial California Embassy … the Olympic Gardens!

We started off at Treasures for steaks (thanks ToplessVegas for the tip) …. great food, fine women. We tried to swing a deal at Spearmint Rhino, no dice… then parked our drunken asses at DejaVu. They treated us well and we got two big booths. My brother organized his own party because his friends are pretty lame when it comes to setting something this big up. We didn’t have reservations or any packages in advance… that’s a big mistake. Buy ahead… everything is better and cheaper I was told. I’m 15 years older than “Paulie” … the groom. I kinda don’t belong with this group, but it was a ton of fun.

At about 2am I told them we should try the new Peppermint Hippo. I heard a few good things about the club and wanted to see if it was different from the OG days.

Take the Cab to Dino’s or the Strat

We headed in three cabs to the Strat. It was suggested that we not take the cabs to the club because they need to charge you a ton of money because they pay the drivers for the drop off. The Strat is walking distance to the Hippo. At the Strat 3 guys pussied out, and said they’d had enough. “Rocky” here was still game, along with “Paulie” (too drunk to say no) and three of his buds from SBHS.

Peppermint Hippo was rockin’. They have this cool steel Hippo at the entrance, and 2 main bars with huge 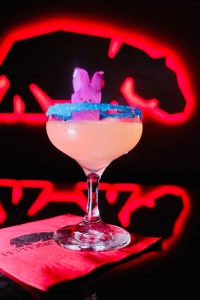 stages. The DJ was playing good music and he got our cash ready for small change fun. We sat ring side to make it rain … or in my world, make it last! We partied with some fun girls from Cali and enjoyed buying drinks for the friendliest dancers. Eventually, “Paulie” crashed, and his three friends dragged his ass back to the Strat.

I still was sober, I still had energy, and I had the fortune of meeting April, a petite dancer from Texas. She was easy to talk to and as sweet as cherry pie! After a drink she suggested we move to the quiet speakeasy bar through the glass doors. I should have seen it coming guys!

The speakeasy plays great music, they’ll play what you ask for, and it is not as loud as the party rooms in the front. BTW: for old Olympic Gardens customers, upstairs is not open.

A Texan, a Hungarian and a NYC Girl Take a Guy to the Back!

April asked two of her friends to join us, I don’t recall their names, but one was from Hungary, and the other girl was from New York City. They were fun, and all sexy in different ways. The girl from Hungary was very shy, and the girl from NYC was very outgoing. April was the instigator of the group. She seemed to be in charge and the other two followed her lead. After another round April suggested we do a 3 on 1 party in a VIP Suite. I laughed because I typically avoid these big budget dances. I’m a singles batter, not a swing for the fences type. 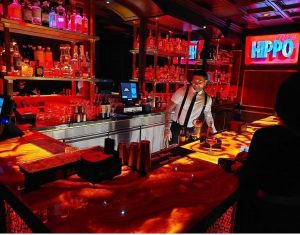 But something about April ways had me playing a different game. Something got control of my senses and I said yes to an hour! I don’t remember if I asked the price. If I didn’t, I probably assumed a $1,000 per girl. Then there was a waitress, she needed to sell us a huge bottle of champagne. Then there was the host, Cudda … he’ll want his piece of the action. Oh shit Sherlock… you are headed towards $5K!

I took out Mr. Good Visa and secretly hope the robots in headquarters would decline the charge. That little dose of shame would be a good thing by tomorrow. But my pride got a boost when the host came back with an iPad and said, “it went through Rocky.”  He then explained I’d get a text from Visa’s Fraud Department. I simply had to answer that it was a legitimate charge. Like Cudda said… the text came through and I said it was a good charge.

The champagne showed up, glasses for all showed up, the curtains closed …. and off we went. All of the dancers began to disrobe and gave their best version of a nude dance in pretty small quarters. I served on a submarine in the Navy, I’m not claustrophobic sat all, but four bodies in a VIP Suite is a bit tight. There are cushioned benches on three sides, with a curtained wall for privacy as the fourth wall. There are big throw pillows for comfort.

The three girls got naked but left me dressed. I wasn’t sure if that was my job to undress… or they would get me undressed. April was the most aggressive, and she dove down into NYC’s pussy with gusto. NYC moaned that she’s never had a girl do this … and she was really enjoying it. The third girl started sucking NYC’s right breast, and I helped myself to her other breast. We “threesomed” her for about 5 minutes. I was starting to get my bearings and I used my free hand to feel up April’s perfect ass. Eventually I searched for something moist and intimate. She assisted by raising her rear into a truly erotic pose.

Eventually I made it over to the shy European beauty. She layed back down, perpendicular to the other girls’

We repositioned April on her back and the three of us made a feast of her perfect little body. NYC and the Hungarian girl were busy rubbing my cock through my slacks. I was rock hard despite an evening of heavy drinking.

I hadn’t done a time check at the beginning of the session, but suddenly the server was back, pulling open the curtain. She asked us if we wanted to take the rest of the champagne back to our table! My ‘Johnson” was still in place … in my pants!

Cudda, an offensive guard or nose tackle if I know my football, was back to check on everyone. April suggested I tip Cudda at least $600. Another $600 for the server would be appropriate as well.

Credit Cards in a Strip Club?

Luckily, I would see my Visa bill for almost two weeks. I didn’t have the heart to check it. I chalked it up to a “lesson.” A lesson equal to two semesters at with books at San Bernadino Valley College. Eventually the bill arrived and I peaked. $4,995.  That and $1,200 in cash tips. 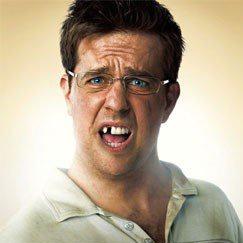 Next time ... I’ll take care of myself first!