Does your favorite strip club have a house mother?

My experience is most customers don’t know the answer to that question because most of us didn’t know they exist in the clubs. We’ve watched enough reality TV and movies about brothels to understand the concept in 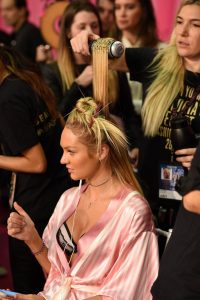 that setting; but strangely, we don’t know about her counterpart in the men’s clubs in Las Vegas.

I just spend an evening following the work of the house mother at Sophia’s Gentlemen’s Club in Las Vegas. What I learned was value they add to the club dancers, management, staff and even customers.

Answer this riddle … What do you get when you mix twenty-year-old girls, lots of cash, Red Bull Energy Drinks, vodka, tequila, rum, blaring hip-hop music, bills due, liquor fueled young men, some steroids among the junior managers, cars needing repairs, and six-inch-high heels? 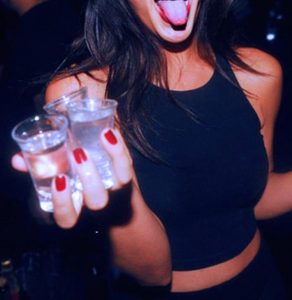 The answer if your club has a ‘house mom’ is less drama.

Every club is a buzzing hive of drama … and a good house mother delivers mended egos, soothed jealousies, averted crises, and customer focused dancers. The house mom is a crisis manager, a fairy godmother, an assistant principal, big sister and mother hen. Who else will field calls and text messages “25/7”? … as Keisha puts it with a hearty laugh and rolling eyes. Her job is to take care of the talent so the talent can take care of the customers.

Keisha made it sound perfectly normal to answer a call from a dancer saying, “I’m running super late, can you go and buy me two new outfits for tonight.” The small items like sanity products and hair products are just daily deliverables. Those she’s got. Snacks? Sure… she’s got those lined up too.

“Oh, you forgot your clutch purse,” she’s got those too. That one will cost you dear baby! Try and picture the General Manager at your favorite club going out on an emergency run for spangled G-strings or tampons!

Take Care of the Talent!

I’m not saying a house mom’s dancers are more needy than the average work force. I happen to know that the prima donnas on the Lakers and Yankees have a version of house mom in their locker rooms. The Clubhouse

Man has been nursing hangovers, keeping secrets, placing bets and scoring contraband for athletes since Babe Ruth was a rookie. In professional sports the owners and managers knew that young talent needs to be coddled; and they have zero interest in playing that role for their players. Somebody’s gotta do it.

Sophia’s is an ultra-premium experience club. If the talent isn’t on their game, the club can’t deliver on a top experience in a luxury setting. A top house mother is a key success factor for Sophia’s. After many years in several top clubs, Keisha joined Sophia’s this year.

Our gal Keisha got her start as a teenage girl doing club promotions for gay nightclubs on the East Coast. I asked her if dealing with young gays guys was good training for working with female dancers. She shot me a look when I asked her that question, thought for a second, and said ‘hell yeah’ like it had never occurred to her. If it’s true, she’s taken that training and preparation and used it for twenty years in several Las Vegas men’s clubs, and other parts of the city’s party world. She seems immune to loud music, late nights that turn into sunrise-soaked trips home, anorexia, bulimia, wardrobe malfunctions and personal meltdowns.

During our talk Keisha took me to the place most male customers would pay to see … the locker room. I knew she wouldn’t take me there during the crunch of showtime. The quiet and order of the large dressing room 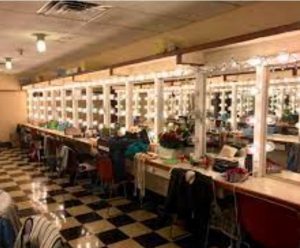 and adjacent locker area was notable for the tables with snacks and candy, an area that had several foot massagers, a very long vanity with star worthy glamor lit mirror for hair and make-up.

I tried hard to get Keishs to separate the ‘on-site’ work she does like check appearances, keeping an eye on the effects of liquor, and keeping the drama down … from the ‘off site’ work such as fielding calls at all hours. After all, she did tell me it’s a “25 hour day with texts and cell phones.” 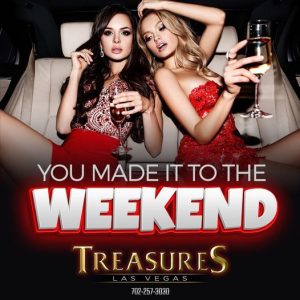 One of the things that struck me from Keisha’s story was the variety of females she encounters. She put it in an interesting way. She explained, “there are all kinds of men, and they want all kinds of different girls.” This is not backstage at Miss America where size, height, body type and bone structure have been whittled down to

a scientific ideal of attractiveness. Different strokes for different folks is her theme. With her girls she’s got a wide age range, a variety of backgrounds, more personal situations than you can count and emotions that run to each end of the thermometer. Some girls need hourly affirmation, some say “Hi Mom” when they clock in, and say “Bye Mom,” when they clock out.

Typically a house mother draws a modest pay from the club, and depends on tips from the dancers for her living. It’s not uncommon for the house mom to cook food for the girls and sell it to them. Additionally, some products are sold to the girls. I didn’t ask if a needle and thread gets sold at a premium when a strategically important seam gets ripped apart. There’s a mutual dependence, and a mutual respect that holds this system together.

Some house mothers earn cash by preparing meals for the dancers. Sophia’s has a tremendous kitchen so that basic need is handled by the club.

Keep in mind, the club needs enough volume and a large enough dancer population to sustain this role. That’s why most clubs, in most cities, don’t employ a house mother. Keisha, a native New Yorker, and I had a good laugh picturing the dingy old east coast mob joints searching to hire a house mother. 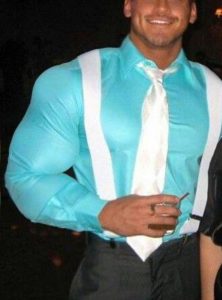 we both thought to ourselves! Mr. Manager Muscles has to be the shoulder to cry on in a small club. I don’t envy him, or the dancer in need when that happens. It’s the reverse of the old saying … “when there’s no mama, nobody’s happy!”

The point Keisha stressed on me was you better love these girls. You can’t mail this one in. It’s like being a parent. It’s usually rewarding, but sometimes they break your heart. It comes with the territory. She loves her job because she’s loyal to the girls, and loyal to the club. Despite the overall image of the industry, she’s usually worked for owners who want to do well by doing right. I could tell that she’s grateful to be in a position that makes a difference for people she cares about.

“In comparison to other clubs, our house mom here is so much more personal with the girls,” says Pursusion, a dancer. “Whether it be personal or work-related, she’s got you covered.”

Not surprisingly, Keisha is a mother herself. She has grown, well adjusted, working children. She said one of 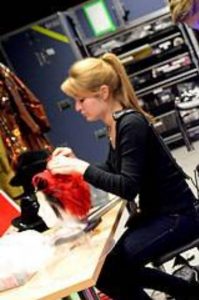 the hardest parts of the job is the envy she’ll notice in her grown daughter. She said she gets pretty chapped when a girl on the phone can be heard saying, “I love you mom!” That made me think of both her daughter, and the dancer on the phone. Was Keisha a surrogate mother for a hundred girls at a time? Was her daughter being unreasonable in not wanting to share Keisha’s motherly love with a bevy of young dancers?

Although you’ll rarely see her mingling with the customers, I recommend you go to Sophia’s and ask the dancers about Keisha.

Make a point to know about the working conditions in the club you frequent in Las Vegas, or wherever you live. The dancers and staff appreciate your interest in their lives.

What club do you hang out the most? Do they have a house mother?

Have you tried Sophia’s since Las Vegas reopened?