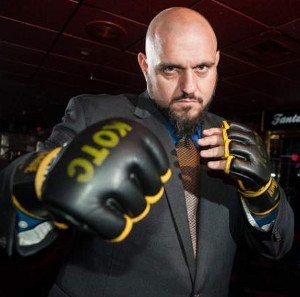 In 2005, if someone had told me that the Palomino Club in North Las Vegas was about to begin a transformation from being the worst strip club in Vegas to one of the best, I would have asked them what they were smokin’. I was doing Vegas strip club reviews for another website back then and under “Ambience” I labeled the Palomino Club a “rip-off joint.” My overall rating of the club that year was “bottom of the heap.”

The dancers at that time were unattractive and wary. The staff seemed at best apathetic, and at worst scary. The physical appearance was that of a dive.

On a required visit to the club in 2005, as I was paying my entry fee, I found a customer in a heated argument with the cashier, demanding his money back after paying a $30 entry fee a few minutes before. The cashier was flat-out refusing, citing “house policy” against refunds, in a monotone that suggested she was used to telling customers they couldn’t have their money back.

But in 2006, Adam Gentile took over as owner and General Manager of the Palomino and since then he has been responsible for a miraculous transformation. Prior to acquiring the Palomino, he had worked at Cheetahs in Las Vegas as a bouncer and DJ. So he wasn’t new to the Vegas strip club industry when he became Palomino’s top dog, but he definitely had his work cut out for him.

For one thing, the prior owner of the club, Luis Hidalgo Jr., and his son, Luis Hidalgo III, were going on trial as co-conspirators in the contract murder of a former Palomino employee over taxi bribe issues.  (Talk about a bad boss.) They were found guilty of charges related to the killing, along with three other Palomino employees.  And when Adam Gentile acquired the club in 2006, he took on a $13 million mortgage.

How do you replace unattractive dancers and attract new customers to a place with such a bad reputation, especially in the face of owing $13 million on a mortgage?

I recently interviewed Adam about how he went about transforming Palomino during a period of economic hard times when Vegas strip clubs like Penthouse and Badda Bing and Scores were going under. Here is what he told me:

Dierdre Rhodes on Palomino stage circa 1971 from VegasRetro.com

Q: What condition was the club in back in 2006 when you first walked in to look at it?

Adam:  It was in very bad shape. Very bad. Patio furniture on the main floor. The dancers were very defeated. The previous owner had really run them into the ground, and most felt they had nowhere else to go. There were no customers really. Very few locals, and even they came in to try and score a girl instead of as a customer.

The employees—the floormen, bouncers, waitresses—also very defeated. Plus the few that remained seemed to begrudge my taking over.

Q:  What kinds of problems did you have to solve?

Adam:  How to increase customer satisfaction, increase the quality of entertainers who would like to work at the club, and get rid of the stigma attached to the Palomino. I had to go slowly. You need to do all three at once. Otherwise you have girls but no customers, or the other way around.

Q:  How long did it take until you felt the club was close to what you wanted it to be?

Adam:  About three to four years.

Q: During that time, did you ever feel like giving it up?

Adam:  Yes and no. We came close to failure many times, but I kept the faith that the club and my ideas of customer service would work. I got very lucky and generally got a good break just as things were about to fail.

Q: What advice would you give to someone who wanted to get into strip club management?

Adam:  Don’t. It’s very political and very much like an extension of high school. People tend to take things very personally, and anyone not in the industry looks at you like you are beneath them. But if you really have the bug and want in, remember it’s all a show. Do it for the challenge, the excitement, and the money, but don’t allow it to become your life.

Q:  Palomino Club’s dancers are now consistently among the most beautiful and talented in Vegas.   How do you recruit them, and how do you keep them?

Adam:  I just let the entertainers know how important they are. We treat them very well at the Palomino. They do a very rough job and need our support in order to make it not as difficult.

Q: What advice would you give to a girl who wanted to become a dancer?

Adam:  Make sure you really want to. It’s one of the toughest jobs ever. The customers are fickle and rude, the hours are hell, and the stress is high. Be confident in yourself if you are going to try, and definitely keep a realistic view of what making “good money” is. Most girls start off happy, then become very greedy very fast.

Q: What’s the weirdest thing that’s ever happened in the club since you took it over?

Adam:  By far it’s the fact that the entire staff believes the club to be haunted.

Adam:  Very seriously. I’m probably the only one here who’s never experienced any of the stuff they tell me about–dark shadows moving across the room, hearing voices  when there’s no one there.

Q: What’s the best part of being a strip club owner/manager?

Q: What’s the worst part of being a strip club owner/manager?

Adam:  It makes having a stable relationship very difficult. 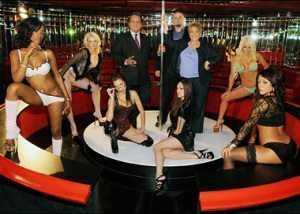 • Founded in 1969, Palomino Club was a originally a classic burlesque theater.

• Palomino Club offered the first male strip show in Vegas, and when Sapphire started their Men of Sapphire show, they hired Adam Gentile to help them set it up. (An all-nude male revue is still running on Sunday nights at Palomino’s sister club, Club Lacy’s).

• In 2009, Palomino Club was chosen by Playboy TV for their weekly reality series, The King of Clubs, a series that was recorded inside the Palomino featuring not only Adam Gentile, but his parents and many of the Palomino employees.

• Adam was a serious MMA fighter (recently retired) who last year featured an MMA King of the Cage match inside the Palomino (club review / club website).

Interview with a Vegas Stripper

One Response to “Interview with a Vegas Strip Club Manager”