Interview with a Las Vegas Stripper 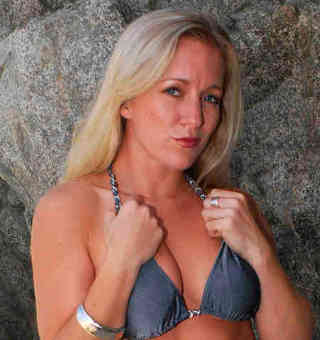 [I’m of the opinion that what makes a great dancer sexy isn’t so much her physical attributes as her intelligence, creativity, and attitude. Dia Zerva was a stripper at Talk of the Town in 2009 when I interviewed her. — A.S. ]

Q: How long have you been dancing in strip clubs?

Q: How did you decide at the age of thirty to become an exotic dancer?

It was a curiosity. I actually thought I would dance one night a week to allow my feelings as an exhibitionist to come out. But after my first night, I wanted to dance as much as I could.

When I turned thirty last year, I went to Krave [a Las Vegas gay nightclub] on a Saturday night when it’s all females with go-go dancers. I had the chance to talk to a lot of the girls and my impressions of strippers changed (several lap dances from some very eager ladies helped).

In the past, I always thought dancers were uneducated drug addicts … See, I had my own ignorance too. So, the thirtieth-birthday eye-opener became a challenge to try it out for myself. I haven’t looked back.

Q: How far did you go in school?

I have a BA in English and a California real estate broker’s license.

Q: What kind of work did you do before you started dancing?

I’ve worked as a mortgage broker, a graphic designer, and a waitress.

Q: Have you ever been married?

Yes, accidentally, when I was in the Marine Corps.

Q: You were in the U.S. Marine Corps?

Yes, I was a musician in the Marine Corps. I left home at seventeen and I had a choice between college or pursuing music in the military. Growing up, I was really active in any music program I could participate in and thought the logical step was to go to college and study music education. But most of me thought … BORING!

So I decided on the military. Also, I found the dress-blue uniform and physical challenges in the Corps really attractive. I was in for a little over two years and was able to have some of my education taken care of through the GI Bill and part-time after-duty hours. I was stationed in Kaneohe Bay, Hawaii, where I “accidentally” got married. I was 20 and thought I knew everything.

From there I lived in Virginia Beach and New Orleans. After my divorce I moved back to Pennsylvania and finished my degree in English. In my last semester, I met the love of my life online.

Q: Do you have any kids?

No, and I don’t plan to have them.

Q: What are your favorite TV shows?

I don’t watch television, but I do enjoy renting the “Monty Python’s Flying Circus” series, “Kids in the Hall,” “Robot Chicken” … I prefer reading to TV.

Q: Who are your favorite authors?

Q: Do you have a background in sports or any kind of formal training in dance or gymnastics?

I’ve taken private pole-dancing lessons. I wrestle and have been a fitness enthusiast since my early years. From running to weight training, anything physical gives me gratification.

Q: What are the pros and cons of dancing, as opposed to working a regular job?

I’m no longer stressed out sitting in an office and feeling trapped. As a mortgage broker and waitress, I had a lot of pressure to provide solid customer service—even to the crabbiest, most-demanding customers.

Also, in my previous jobs, there was a feeling of never having the right solution to the situation. You’re the one who has to be the bearer of the news, which can be uncomfortable and stressful. When the real estate market took a nose dive last year, I was on top of my game helping bankruptcy folks find safe loans. Then, wham … I worked three months for free.

As for the pros of dancing … People come for one thing. It’s simple. Companionship and, of course, a release from day-to-day demands by gazing at naked women. The cons are that sometimes your night doesn’t go well. With the economy as it is, people aren’t spending as much as they used to, so a lot of times my tally at the end of a shift is lower. As I work on tips, that can be frustrating.

Yet again, as a mortgage broker and waitress, I had the same situation. As a full-time independent mortgage broker, I was strictly on commission, which was lucrative, but only in the feast times. Stripping is more consistent, even with the present economic situation.

One thing I feel is very important to note is that I have my mortgage license current, and should I go back to the mortgage business again, I will bring the confidence dancing has given to me to deliver news and to do business even better.

Q: Does your family know what you do for a living, and what do they think about it?

My boyfriend’s family knows and they are extremely supportive. In fact, they like to try my pole at home for fun. As for my own parents, they look the other way and have chosen not to talk to me weekly … only on special occasions, such as my birthday.

Q: What are the best aspects of working as a dancer?

I’m a fitness enthusiast and have been since I was little. Since I started dancing, my body has transformed wonderfully. The work on the pole is fantastic and I’m shocked at how my body has changed for the better.

The other aspect is giving someone a smile. Last night I gave a private show to a gentleman with MS. He was wheelchair bound and had an oxygen tank. All the girls politely avoided him and his friends/caretakers. I think it was due to lack of life experiences more than anything. They didn’t know how to make him feel welcome. But I went over and saw his eyes and smile light up and we had a great time.

Later, when the other girls asked me about it, I helped them understand it, and I think a few of the girls may be less intimidated when faced with that type of situation again. So the best aspects are fitness and just making people smile. Oh, the income too.

Q: What are the worst aspects of the job? What would you change about the profession or the industry if you could? 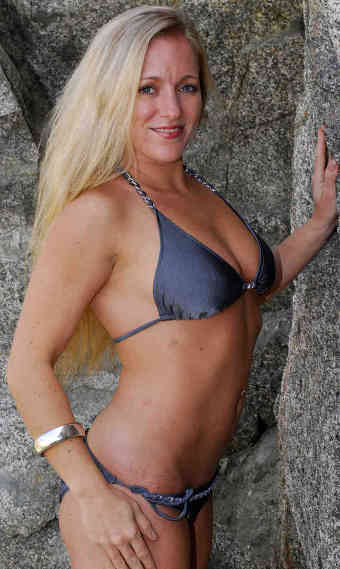 I don’t like to be viewed as a “slut” or a “piece of meat.” There are times when I feel like I’m a lobster in a tank and the customers are inspecting me. That gets a little annoying, but I remind myself that they don’t know better. After a couple minutes of conversation, the tough ones start to shed that protective layer.

What I would change in the industry is the fact that people think it’s not a profession. It’s impossible to change mindsets, but always possible to give lasting impressions.

Q: Have you danced in both topless and nude clubs in Las Vegas, and is there much difference between working in a nude club as opposed to a topless club?

I have danced in both. My preference is to be completely naked. To me, the topless clubs have a different atmosphere and I found myself extremely bored. Topless clubs do serve alcohol and tend to have more of a crowd, but as my primary motivation is the joy of being naked, nude clubs are for me. Everyone is different.

Q: What are your feelings about dancing on stage as opposed to doing lap dances and VIP rooms?

Dancing on stage allows me to show who I am. At the club where I dance, we can pick our own music and that really allows customers to understand a dancer differently. Where else could I dance to Johnny Cash and random metal bands?

The lap dance and VIP rooms are the connections once the dance set is over. For me, this is where I gauge customers’ desires and try to take them there in a fun and legal way.

Q: Do you ever feel that dancing is degrading to you as a woman?

Only when I feel like a lobster in the tank. But it’s such a minute part of it, and it’s my decision, my choice. I love dancing and would never give it up, and I think people who suggest that dancing is degrading to women have narrow views about those of us who are in tune with ourselves as sexual beings.

Q: Has dancing caused any problems for you in social or personal relationships with men or women?

I’d say the issue with my parents is the main situation. I’ve had friends from high school look down on me as though I’ve hit rock bottom, but again, I gauge my success by the many people who love me for who I am. I believe my parents won’t change and I’m definitely not on a mission to sway them. Wasted energy.

I know other dancers who’ve had relationship problems. One gal danced secretively and pretended to be a housekeeper, as she didn’t want her boyfriend to find out. Well, three months later he did discover her secret. But she had us there for her to support her as she hashed things out with him. They’re still in a relationship and I’m so happy for her.

As for my relationship, my guy and I have been together for almost seven years and he has supported me all the way. He even drives me to and from work, and afterward, we enjoy dinner together and I share my evening with him. Every part of my personal development has made my relationship better.

[In addition to working as a dancer in Las Vegas, Dia Zerva also makes wrestling and fetish videos.]

4 Responses to “Interview with a Vegas Stripper”