Or Did Sisolak Just Get Played? (Updated) 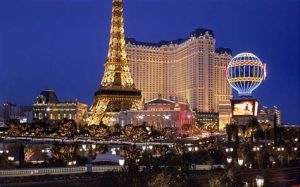 A good source, someone I’ve known for 30 years with good friends in top Vegas casino management, told me about 10 days ago that the Las Vegas casinos have been asking Nevada Governor Sisolak not to lift his casino shutdown order yet.

Reportedly, they’ve actively been pushing for delay ever since Sisolak’s order was first scheduled to be lifted in mid-April.

I was given a reason for the delay that didn’t make sense to me.  Until now.

Friends of TVO Scott W and Benny Hill, plus another source, are reporting that the casinos want to delay reopening because if they remain closed for 90 days, their contracts with the Culinary Union are void.

Benny pointed out that the Westgate, formerly the Las Vegas Hilton, has already announced they “don’t feel it will be safe” to reopen until June 18, exactly 3 months and 1 day after the shutdown started, and that the unions with contracts there reacted negatively specifically due to this.

The other Vegas casinos have been putting on Reopening Theater, announcing grand China Cootie safety plans and reopening dates, only to get shot down over and over by the governor at the last minute.

The Culinary Union is the Democrat political machine that turned out the votes that put Sisolak into office.  The rest of Sisolak’s base is the teachers’ union, which will be dealing with significant layoffs as a result of the tax revenue crisis caused by the long casino shutdown.

Not all Las Vegas casinos are unionized.  For example, the Venetian, Palazzo, and Stations Casinos aren’t; you can find a full list here.

I said there would be a grim amusement to be had in watching Sisolak destroy the people who voted for him.

Update:  Hours after this post went up and this topic got going on social media, Sisolak suddenly announced he is setting a target date of June 4 for reopening Nevada casinos, pending Bat Plague data and the testimony of “health experts” at next week’s Gaming Control workshop.

There has been nothing new in the Nevada WuFlu data to justify the sudden announcement.  It was clear by mid-April that our hospitals weren’t getting overwhelmed, yet just last week Sisolak squashed casino reopening plans yet again. Why wouldn’t he wait for next week’s “expert” testimony?

Did the Culinary Union suddenly remember this clause in their contracts?

Nevada union officials have been vocal in the media ever since the shutdown here started.  But they were never vocal about reopening.  They were always demanding improved Flu Manchu safety and things like no-smoking policies before reopening.

I think both Sisolak and the unions were perfectly happy going along with the DNC “pandemic” election-rigging plan, and the casinos were happy to play Sisolak.  Then suddenly somebody in the Culinary Union realized their entire Vegas dues base was in jeopardy.

Sisolak got the casinos to the mountain top.  Now all they have to do to get to the Promised Land is pretend they can’t get their Sino Snot Storm protections in place until June 18.  With Sisolak’s reopening target contingent on next week’s workshop, and with Sisolak having moved his reopening date several times, how can they possibly start getting ready now?

6 Responses to “Is Sisolak Conspiring with Vegas Casinos to Keep Them Closed to Screw the Union?”