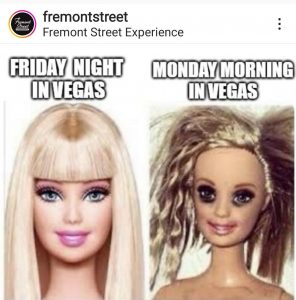 Forbes magazine,  ranked Las Vegas as the Number One party town in an article titled, “America’s Top Ten Wildest Cities To Visit,” . The report was based on data taken from the Online Betting Guide website and was compiled in December 2019, prior to the Covid-19 pandemic. Having traveled in the past year I’d say the data on Las Vegas has only gotten ‘wilder’!

In the strip club category, uber-woke Portland, OR took first place, followed by Baltimore and Detroit, with Vegas in fourth place. 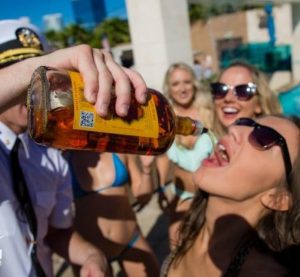 This may come as a surprise to many people, but the ranking is based on the number of strip clubs per 100,000 residents. If you’ve been to Portland, you’d understand this. Portland has a whole lot of cheesy mom & pop strip clubs; just small bars that started featuring nude or topless dancers. There is no strip club in Portland similar to Treasures, Sapphire, Palomino Club,  or Crazy Horse III. Portland also has dozens of “lingerie modeling studios” that are likely counted as strip clubs. Have you ever seen an Antifa warrior princess in a Walmart teddy? It ‘ain’t’ pretty my friend! Many of these Portland ‘studios’ have only one or two girls available for lingerie modeling at any given time. So, the ranking in the strip club category is probably skewed by the oddly British method. Here in Vegas we value size, glitz and glamour.

The nightlife data came from TripAdvisor, and it includes nightclubs, bars, shows, and concert events. Not surprisingly, Las Vegas scored first in this category, followed by San Francisco, then Portland. 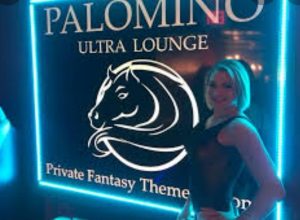 In the casino category, once more, Las Vegas took first place, followed by Seattle in a distant second place. Las Vegas even has two strip clubs that feature video poker at their bars. Forbes didn’t mention that!

For those making assumptions on the number of ‘heavy drinkers’ who live in each city, Las Vegas comes in 27th place. We tend to see too much binge drinking by visitors. Ask any Las Vegas bartender what they see visitors drink every day. Literally, it’s sobering!

The city with the highest percentage population of alcoholics is our national capitol, Washington, DC! What a surprise.

Denver and Boston take second and third place for their heavy drinker populations. According to the County Health Rankings & Roadmaps website data, 28% of adults in Washington, DC, are alcoholics. In Las Vegas, it’s only 17%.

The Steakhouse at Treasures

Las Vegas is the only city with two first place finishes (nightlife and casinos) and our two fourth place finishes (strip clubs and cocaine use) gave us the overall number of points needed to win the Wildest City in America title.

This photo to the left is Treasures, our Best Steakhouse in Las Vegas. The Brits didn’t even count this unique Las Vegas city asset. I think we were undercounted!

We didn’t need Forbes magazine to tell us this about ourselves. Name another city with a resource quite like ToplessVegasOnline.com!

Read TVO about these other sources of Las Vegas civic pride …