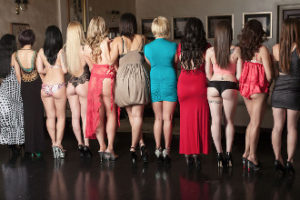 The Line-up at Sheri’s Ranch

According to a story in the Las Vegas Sun, Nye County Commissioners are considering a proposed amendment to the ordinance that regulates the county’s legal brothels, which are the closest legal brothels to Las Vegas. The amendment would require prostitutes to be retested for STDs if they are off the property for more than six hours in any ten-day period.

The only six hours the girls would be allowed off the brothel property would be between 8 am and 3 pm.  An hour out for dinner at 8 pm would mean a retest would be required.

Under current law, prostitutes in Nye County’s brothels must be tested for STDs weekly, and only have to be retested for STDs if they are off property for periods of longer than 24 hours. There has never been a problem with Nye County’s legal prostitutes spreading STDs under these terms.  Every Nevada brothel requires condoms anyway.

So Why the New Brothel Law?

The proposed amendment was drawn up by the county’s brothel owners, who have a strong financial incentive to essentially make prisoners of the women who work on their properties. This new law would go a long way toward doing just that.  Chicken Ranch brothel escort Kourtney Chase explains that STD tests in Nye County cost escorts $120 each time. 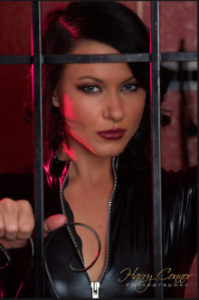 Lydia Faithfull, former madam at the late Dennis Hof’s Alien Cathouse, says the brothel owners are simply trying to control the women who work for them. A Reno Gazette-Journal story quotes Faithfull:  “They don’t want to deal with the scheduling headache of women coming and going. They want the convenience of the lockdown to know (the women) will be in-house and available. For them, it’s a pain in the ass to have independent contractors coming and going at all hours.”

We interviewed Lydia Faithfull in January of 2017 and she discussed how Dennis Hof had improved the lives of legal prostitutes in Nevada by allowing them to come and go as they pleased. Until Hof arrived on the scene, many brothels had house rules restricting the hours that prostitutes were permitted to leave the property. Hof was a one-man crusade for prostitutes’ rights, and other brothels in the state soon had to loosen their restrictions to compete with his properties for top talent.

Now, with Hof out of the picture, the Vegas-area brothel owners are trying to undo Hof’s legacy and return Nevada’s brothels to the days when the women who worked in that profession were virtual property.