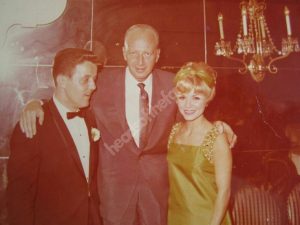 I’ve already written about how Nevada is a fake state and Las Vegas is a carny operation rather than a real city.

And I’ve already speculated in the comments that the casinos are actually supportive of Sisolak’s shutdown of the Nevada economy because they’re sick of all the freeloaders in this state essentially mooching off their carny operation. Nevada’s casinos and hotels pay roughly 40% of the state government’s budget and I think they’ve figured out they don’t get much in return.

Nevada is the U.S. state hit the absolute hardest by the Bat Plague shutdowns, with an unemployment rate over 25% and a mortgage delinquency rate already at 10%.  That makes our “Housing Hardship” index (Bankrate.com’s favorite measure of consumer financial peril) the highest in the country at over 35%.  That’s so bad that real estate investors quoted through that link are already saying they won’t be doing any deals in Nevada for years.

Yet Nevada Governor Sisolak just doubled down on driving tourists away from Nevada by extending his shutdown orders for shows, nightclubs and strip clubs, his low occupancy orders for restaurants, bars and pools, and mandating masks everywhere outside the home except when you’re actually putting a forkful of food in your mouth or are actively sipping from a drink.  He’s got Stasi goons patrolling the casinos for mask violations and issuing $130k fines for each!

As a result, check out the video below of XS Nightclub at Encore on July 3 at 2 am.

Why on earth would the only financially-significant industry in Nevada put up with this crap?  Why is most of their operation now seemingly for show?  Why don’t they care that tourists will return home unsatisfied?

Las Vegas Returns to Its True Vocation of Money Laundering 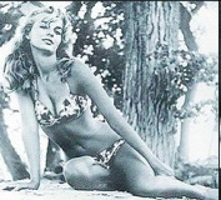 The Nevada casinos have gotten relentlessly more efficient by doing things like automating and replacing employee-intensive table games with slots.  As a result, the number of people who have been able to move to Nevada and mooch off the casinos’ success has grown from roughly 500,000 people to 2.8 million.

Roughly 350,000 of that 2.8 million are employees of small businesses that depend on the casinos for their livelihood.  Another 850,000 do useless things like teach our kids and staff our hospitals and run our government.  The rest of the 2.8 million are students or bums or retirees.  That means roughly 93% of Nevadans are pretty much useless eaters as far as the casinos are concerned.

You know, back in the day, people like Geri McGee, the real woman behind the Ginger character in the movie Casino, were dependent on the casinos for a livelihood.  Geri was a chip hustler.  Players gave her chips just to keep her around, or she pocketed them when they weren’t looking.  But she wasn’t really a mooch like the 2.8 million of us living here now because she kept a player playing.  She was a boon to the casinos and we’re not.

I believe the casinos have come to the conclusion it’s time to unload us and return to their roots.

And what are the Vegas casinos’ roots?  What service exactly does Las Vegas provide that’s so lucrative it’s been able to subsidize 2.8 million mooches like me?  Las Vegas is the money laundering capital of the world.  Why did you think the mob came here in the first place?

You run a drug cartel in Mexico or a human trafficking operation out of the South Pacific and want to convert your Bitcoin or dirty cash to digits in a bank account to buy another beachfront estate?  Vegas is the place that can do it, and do it big.  Here is a great account of how Vegas laundered money for an alleged Chinese-Mexican drug trafficker (China is the primary source of illegal fentanyl in the U.S.). 40% of the Nevada casino take from all table games now comes from baccarat winnings from a handful of whales just like this one.

And if you believe George Cl00ney really spent five years tasting and developing a tequila brand that sold for $1 billion dollars four years after he started bottling it, tell me the name of the brand and whether you’ve ever in your life heard somebody order it.

In any case, what does it take to run a casino money laundering operation?  It takes a baccarat table, a baccarat dealer, and enough casino trimmings to look like a credible casino to the government.  You know all those grannies playing slots on the Vegas Strip, dropping a thousand dollars mad money on their vacations?  They aren’t the customer.  They’re camo.

I believe the problem for Vegas now is that a lot of these global crime syndicates are getting rolled up, shut down, their assets seized.  For example, the Los Zetas drug cartel has recently been taking heavy casualties in its monthly gun battles at the U.S. southern border.  You tend to have less money to launder when you’re fighting both the Mexican military, which is guarding the border, and all the other cartels fighting for the remaining territory not covered by the U.S. border wall.

And the DOJ has been rolling up human trafficking operations left and right, seizing the assets of Russian oligarchs, and generally making it a lot tougher for the people who used to come to Vegas to launder money.

With fewer whales coming in, the Vegas casinos need less camo.  In fact, we are of so little value to them now that even high-end casinos like Wynn are no longer offering housekeeping services during your stay!  The excuse is Bat Plague, but really, they’re just not into us anymore.

Similarly, the Vegas casinos can no longer underwrite the education and health care expenses of millions, especially when those millions have been getting louder and whinier, demanding even more.  Nor can they share the tourist dollars of their camo customers with the 350,000 employees of other small businesses in the state.  They are better off running fake, empty nightclubs than having the likes of us tramping around, getting the carpet dirty.

As for Nevada Governor Sisolak, I said there would be a grim amusement in watching this former boiler room operator destroy all the people he’d conned into voting for him, and here it is, right on schedule.  State employees will be furloughed, raises will be canceled, job vacancies will go unfilled (leaving everyone working harder for less), and all because of Sisolak’s own policies.  Sisolak has to cut $1.3 billion from the state budget under his most optimistic scenario.  The total state budget in 2018 was $3.8 billion.

That means Sisolak has to renege on every promise he made to AFSCME, the state teachers union, and the membership of other unions that supported him, like the Culinary Union, whose members will remain mostly laid off for the foreseeable future.  AFSCME alone spent $2.4 million in independent expenditures supporting his 2018 campaign.  That doesn’t include donations from the union’s members and officers.

Sisolak’s sales inducement in his boiler room operator days was a faux instant sweepstakes. For example, the boiler room brokers would tell a customer he’d won a “big screen TV.”  A few weeks after the sale the prize would arrive – a plastic magnifying lens to affix to the front of a TV set.  Sisolak too has returned to his roots.

14 Responses to “Las Vegas Returns to its Roots”