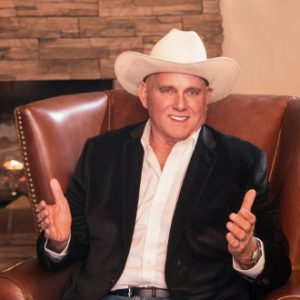 Dennis Hof is owner of half a dozen legal brothels in Nevada, including Vegas favorites Love Ranch Vegas and Alien Cathouse, as well as the infamous Moonlite Bunny Ranch (subject of the HBO series Cathouse).

Now he’s Republican nominee for a Nevada state Assembly seat, having beaten incumbent Republican Assemblyman James Oscarson in the state primary election yesterday.  Is this a great state or what?

Calling himself the Trump of Pahrump, Hof vowed to protect second amendment rights, not raise taxes, and stand firm against illegal immigrants. Oscarson’s platform was pretty much limited to calling Hof a pimp. Oscarson, a NeverTrumper during the 2016 presidential election, was also fighting a wall of payback-time from other state Republicans who opposed his consistent votes for higher taxes, including the largest tax increase in Nevada history.

Hof won easily.  He wore a button-down American flag shirt at his victory party last night, and posed for photos with Hollywood madam Heidi Fleiss and beauties from both Love Ranch and Alien Cathouse.

If Hof wins in November (and he’s the favorite in this strongly Republican rural district), he wouldn’t be the only brothel owner in elected office in Nevada — Lance Gilman, the owner of the Mustang Ranch in Sparks, is a Storey County commissioner and the developer who helped Nevada land a Tesla Motors Gigafactory.