Convention Attendees Must Now Be Grouped in “Pods” 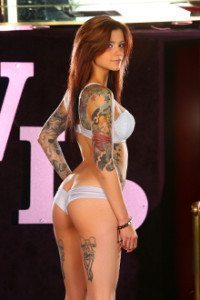 We got the big announcement on new Bat Plague convention limits in Las Vegas and the rest of Nevada.

Now venues that hold 2,500 people or fewer will be allowed to admit 250 people or 50 percent of their capacity, whichever is fewer people.

So restaurants and bars with a capacity of 500 people can have the same number of people in the joint as convention halls that hold 2500.

And convention halls and sports arenas that hold 10,000 people will now be allowed to admit 1,000 people, as long as attendees are divided into sections of no more than 250 people.  Each individual group attending the event will be referred to as a “pod,” and will be required to have six feet between it and other pods.

I suppose if you come alone you will be required to form a pod.  But I don’t know how you’ll do it, because the new rule directly below means you can’t meet any new people.

You will have to remain seated at any convention or meeting.  You will not be allowed to mill about and actually meet people at your meeting.

I often wonder if Democrat Nevada Gov. Sisolak has a comedy team writing up these announcements, or whether it’s the MKUltra team assigned to the DNC.  The gobbledy-gook quotes in the piece I link to above are a hoot.  Case numbers are rising but right on track.  Hospitalizations have stopped declining but are suddenly a sign of progress.

Sisolak pretends that he is delivering the tablets from Mount Sinai, even though everybody has already moved their conventions to Orlando.  And how can anyone book a convention when Sisolak warns he may have to “dial some of these things back”?

There are also complicated rules about how churches can resume worship.  Be sure to consult your lawyer first.

And heads up, everyone.  Suddenly, after this new announcement, live entertainment in venues that admit more than 250 people must receive specific approval from an appropriate state agency.

I’m sure more of the best Vegas strip clubs will have their lawyers pouring over the new order, looking for a loophole under which they can open.  If they find one, you’ll hear it here first.  In the meantime, see our posts here and here for your options.

Here’s a side note for fellow gamblers.  Mohegan Sun has announced they are going to be running the casino at Virgin Hotel, formerly the Hard Rock.  I haven’t been to Mohegan Sun in a while, but they used to have some excellent opportunities for pro gamblers to exploit and they can take big action.