The city of Philadelphia recently attempted to extort hundreds of thousands of dollars from local strip clubs by claiming that for years the clubs have failed to pay the “amusement tax” on lap dances. Attorneys for the clubs argued that lap dances at strip clubs are theater, which is exempt from the amusement tax. END_OF_DOCUMENT_TOKEN_TO_BE_REPLACED 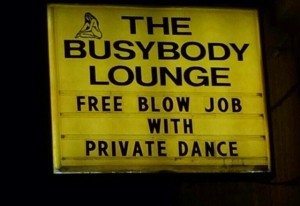 A strip club in Evansville, Indiana, recently got in trouble with the law for a sign they posted on the club marquee that offered a bit more than your average lap dance. Neighbors complained and the cops called the club and told them to take down the sign.

A “blow job” is a cocktail made with Bailey’s Irish Cream and Kahlua. But the cops aren’t letting the club off the hook that easily because in Indiana it’s a violation of state law for a strip club to give away free liquor. (Even the casinos in Indiana are forbidden from providing free booze to customers.) All I can say is I’m glad I’m in Vegas.

Beauty contests in Brazil are somewhat different from beauty contests anywhere else. Like Miss America in the U.S., the winner of Brazil’s annual Miss Bum Bum pageant becomes a national celebrity who will earn a lot of money in product endorsements. I’m not sure exactly what kinds of products Miss Bum Bum 2013, 25-year-old Dai Macedo will be endorsing, but I’ll take a dozen. 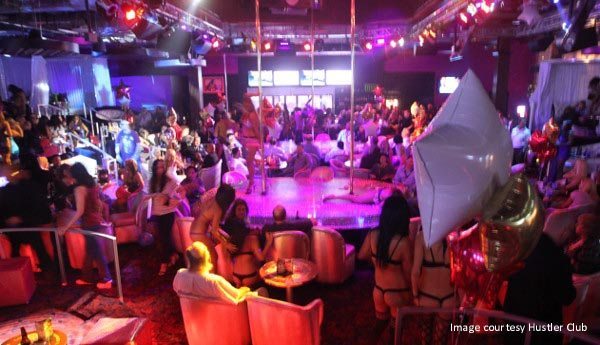