Scores doubled the size of their club this year!

Vegas is back in business and they expanded Scores with 15 new VIP rooms, an outdoor Hookah lounge, an exclusive VIP bar and a two-story strip pole.

The SCORES LAS VEGAS expansion is now complete! Outdoor hookah lounge with a strip view. Upstairs VIP lounge and bar, A two-story stripper pole and the friendliest staff in Vegas. Come check it out and stay awhile. Open 8pm-closing every night! ✨🎉✨ pic.twitter.com/MzOVCcX8nj 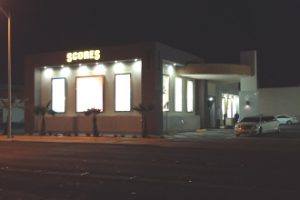 This is the weekend when you let it all out and make everyone back home jealous! Posting selfies at a poolside party in Las Vegas. Sapphire Pool, voted Best Pool Party Multiple years in a row, is the place to spend this weekend in Las Vegas.

You will also find plenty of Sapphire dancers partying at the pool. The Sapphire Pool has free admission as long as you don’t arrive by cab or rideshare (in which case it’s $20). So, call the club at 702-869-0003 for their free limo.

Get bottle service with some of your closest friends and do the Vegas Pool Party scene right! Call: 702.069.0003 to RVSP Your Lounge Chair, Daybed, or Cabana Now!

A great way to extend your Vegas vacation is to let Sapphire make your final few hours here special. If your flight leaves town later today, Sapphire’s limo will chauffeur you from your hotel to their pool, store your luggage for the day, then give you a free ride to the airport when it’s time for you to catch your flight. No charge. Call Sapphire at 702-869-0003 to set it up. Topless, full bar, 21+

It’s spring in Vegas and great things are going on all over town. The big conventions, like the National Broadcaster Association, are spending money again, today’s NFL Draft is expected to attract 700,000 football fans to their events … and the big news is the opening of the Peppermint Hippo in the heart of the “Wedding Chapel Corridor” on Las Vegas Boulevard.

For fans of “South Park,” you’re reading that name correctly; It’s the name for the men’s club in the show from Trey Parker and Matt Stone. Since 2019, this new chain of clubs has opened in Reno, Little Rock, Akron, Toledo, Neenah, Wisconsin, and Pharr, Texas (McAllen). Those Triple A minor league markets were joined on March 31st by the Major League strip club city of Las Vegas at 1531 S. Las Vegas Blvd. (702) 473-9977.

If the address looks familiar, it’s because Peppermint Hippo took over the large space previously occupied by the famed Olympic Gardens. The significant upgrades and renovations include a well-lit and convenient parking lot, a sleek modern interior, and thankfully a large bar that has stools, where solo guests who want to cool their heels when they walk in can get their bearings. If you’re going during the daytime, you’ll be fortunate to meet Las Vegas club veteran Siobhan serving drinks. Stunning Siobhan is quick with a joke, she’d probably light up your smoke (but no cigarettes – hookah only), and she pours a great drink. Siobhan has worked with this management team for many years, including at the similarly named Spearmint Rhino.

My first visit was in the early afternoon. The club operates a 24-hour schedule, so I’m looking forward to returning during prime time. Several beautiful dancers were there in the afternoon, Including Kailanni, a knock-out from another Peppermint Hippo; she was a delight to talk to and to get several memorable dances from. Great mileage!

The happy-hour drinks are $7 for a premium whiskey.

We will have a more detailed review of the new outpost of Peppermint Hippo in May. We look forward to meeting the management team and hearing what plans they have for this big space just north of the Strip. The club’s vicinity is coming on strong with recent road improvements, median palm trees, and the new restaurants and breweries in the nearby Arts District.

We would love to hear from TVO readers who have been to the new Peppermint Hippo.