The Fremont Street Experience was almost as bad, and he said it had been dead all week.  He’s staying at the Plaza.

Meanwhile, new shutdowns were expected from the Nevada governor last night but didn’t happen.  Maybe he has realized that there’s little left to kill off.

So the reopened Vegas strip clubs survive for now.

Nevada Gov. Sisolak’s plan for turning Nevada back into a big cattle ranch appears to be progressing as intended.  Vegas tourism is not only way off in numbers right now, it’s way off from its usual level of clientele.  It’s something I’ve seen myself and have been hearing about from friends.  Now even Vital Vegas has remarked on it.

High-end tourism to Vegas has been decimated by the ban on travel from China, the UK and most of Europe.  And current Bat Plague restrictions that make a visit here much like a stay in a Soviet TB ward appear to be too much of a buzz kill for high-end tourists still allowed to travel here. (The casinos are now forcing people to put their masks back on in between sips of their cocktails.)

But restaurant Groupon coupon use is way up, and high percentages of people are paying at restaurants and hotels using unemployment debit cards.  So Vegas is apparently floating along on the thrifty backs of the unemployed, who may not have jobs again until 2022 or beyond.  Let’s hope those Coronabux keep flowing!

Also, a good number of the customers on the Strip appear not to understand how a sit-down restaurant works.  They try to place their food orders at the hostess podium.

Reportedly, the percentage of customers who tip food servers and cocktail waitresses has collapsed as well.  I will bet these servers are regretting giving up their own unemployment debit cards to return to work.

But there’s hope for them.  Wynn did a “force reduction” this week, with reportedly hundreds laid off, likely because Wynn isn’t an unemployment debit card kind of place.

But Circus Circus has announced layoffs too, and they are most definitely an unemployment debit card kind of place.

Construction is halted again at the Madison Square Garden “Sphere” at Venetian.  The issue is financial — reportedly nobody’s been getting paid since the start of the year and union lawsuits are piling up.

And Carl Icahn is busy turning Caesar’s into a Carl Icahn kind of place now that the merger is completed with Eldorado.  Reportedly, Icahn prefers more of a “meat and potatoes” operation for Caesars, with big cost reductions.  Maybe soon we’ll be able to use our unemployment debit cards at Caesars, but at Circus prices.

At least the new company plans to make job cuts as “compassionately and transparently as possible,” according to Chief Financial Officer Bret Yunker.

If you come, there aren’t many reopened Vegas strip clubs yet, but honestly, they are the best things going here at the moment, especially Palomino Club.  It’s like a trip back to before Bat Plague ever existed. 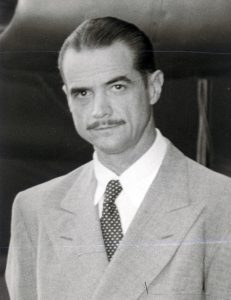 We all know the story of brilliant businessman Howard Hughes, who made billions in the oil, movie, aviation, defense and casino industries.  But the truth is, Hughes was a terrible businessman.

Hughes was born December 24, 1905.  He inherited 75% of Hughes Tool Co., his father’s company, when his father died on January 14, 1924.  His father had invented a revolutionary oil drilling bit that pulverized rock instead of scraping it.  The bit was nicknamed “the rock eater.”  It got through rock at 10x the speed of any other drill bit.

Within a year of his father’s death, Hughes bought out the other 25% of the company from his relatives.  He also hired Dietrich, a CPA with a diverse business background in banking, real estate, and oil.  Hughes’ father, like Howard, was never much of a businessman despite his brilliant invention.  Dietrich took the company, worth $660,000 in 1925 (roughly $10 million in 2020 dollars), applied sound business and tax-saving strategies to it, and turned it into a $75 million company by 1930 (roughly $1 billion in 2020 dollars), enough to fund Hughes’ stabs at becoming a professional golfer, a movie producer, an aviator, and everything else.

Later, Dietrich won war production contracts for Hughes Tool, invested in real estate for the company, and automated its “hobby shop” style production line.  After the war, Hughes Tool made $285 million in profits under Dietrich’s management before Dietrich left the company after 32 years in 1957.  That’s roughly $2.4 billion in 2020 dollars.

Dietrich had made Hughes about $5 billion of that (in 2020 dollars).  The rest of Hughes’ money appears to have come, in one way or another, from the ClA, and the ClA made sure they got it back.  END_OF_DOCUMENT_TOKEN_TO_BE_REPLACED