DejaVu’s new club, El Infierno, has a unique offer. To attract and retain dancers the club is offering a FREE BRAZILIAN BUTT LIFT to “Top Grossing Entertainers” …. plural. There must be a great health plan. Will this make it over to the signs at Little Darlings? 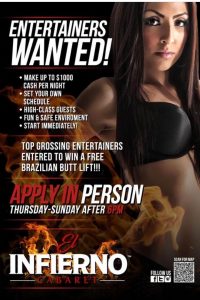 Rumors are the Artisan Hotel has been rented out for two full day and nights for the exclusive use of the girls from MyFreeCams.com!  They rented the whole place, topless cam models online all the time at https://www.myfreecams.com/    No guys allowed.

TVO was told girls stay for free, but they have to earn a spot by getting 10,000 tokens in tips.
The Siegel Group sold the Artisan on March 25, 2022 for $11.9 million to Pro Hospitality Group. The new  owner, Alex Rizk, is the operator of a “cannabis-friendly” hotel in Phoenix. He is planning a $3 million renovation of the Artisan. The project is to start in the next 60 days and be completed in September.
Pro Hospitality Group’s portfolio includes a hotel called The Clarendon. The hotel offers “cannabis-friendly rooms and amenities” that allow “vaping, dabbing, flower, etc.”
“This is a lifestyle, boutique hotel,” Rizk said.
See: https://www.reviewjournal.com/business/boutique-hotel-near-strip-sold-to-cannabis-friendly-operator-2552593/ 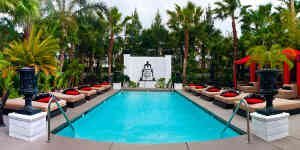 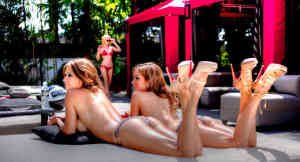 Las Vegas Advisor Question of the Day – from Anthony Curtis

Question: Is there a Top Ten ALL TIME values list of the Top Ten Values?
Las Vegas Advisor Answer: There isn’t, but LSA took an informal survey of long-time Top Ten aficionados in Las Vegas and came up with one.
Note that these deals are limited to their duration in the Top Ten; most either went up in price or down in quality/value since then. Only two — Ellis Island and Arizona Charlie’s — remain on the current list.

Here it is, in reverse.

Next at Scores – Fetish Show! 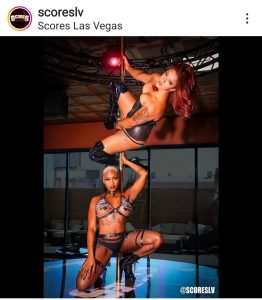 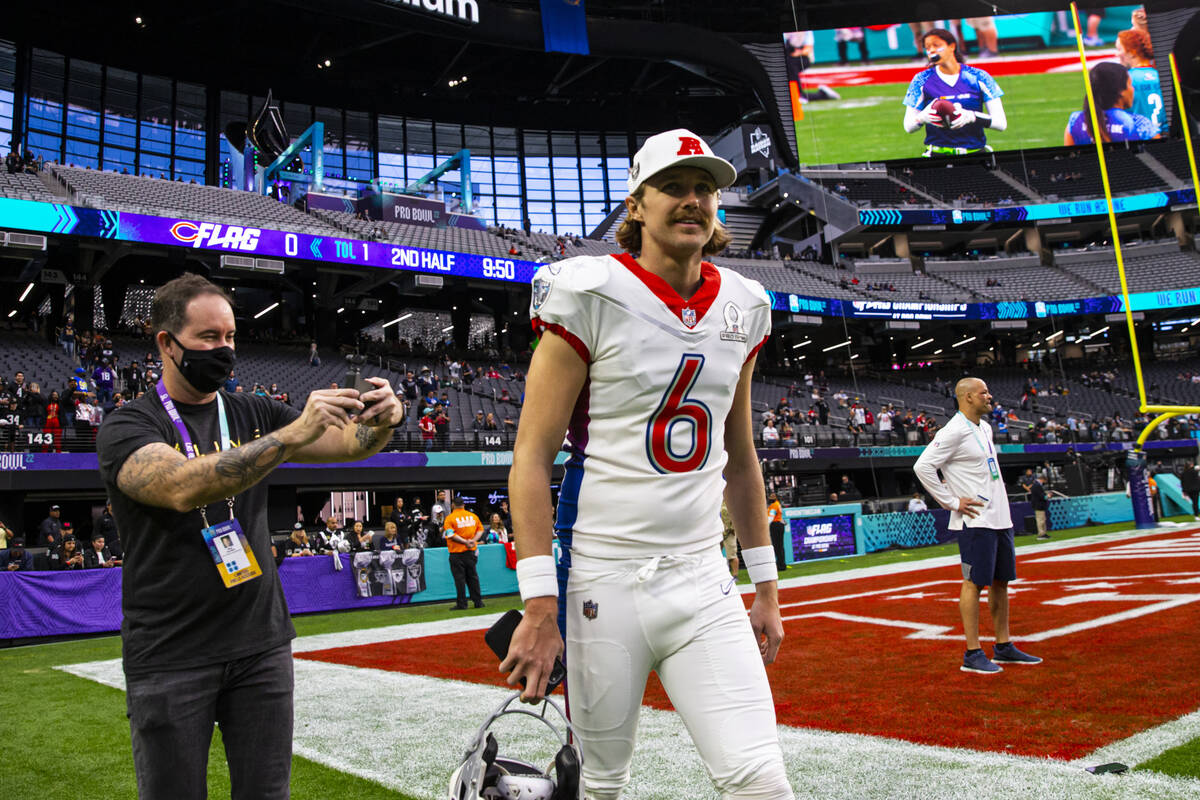 The Pro Bowl game in Las Vegas last January might be the last of its decades-long version.

NFL owners Tuesday were discussing various ways to alter the event, which could mean preserving the week-long festivities but eliminating the tackle football game portion of it.

According to multiple reports from the NFL owners meeting in Atlanta, any change to the event, which has waned over the years with more as more players opting out of the event, could be announced as early as this summer.

Random Vegas Picture of the Day 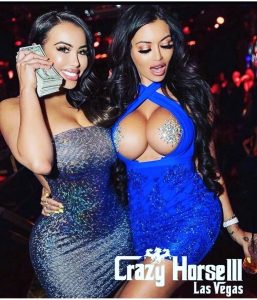 I hope this quick news format is entertaining and relevant. Please let TVO know in the comment box below.

One Response to “Random Vegas #1”