The Fight Against the Powerful Square Dance Lobby! 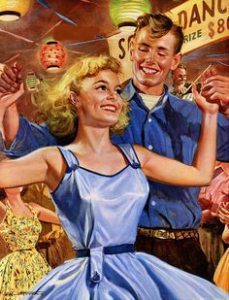 Should This Be Nevada’s State Dance?

In the midst of uncountable budget shortfalls, environmental crises, runaway crime, high unemployment, a burgeoning homeless population and never-ending housing nightmares, it sure is a comfort to know that our courageous elected state officials are debating whether or not square dancing should be recognized as the official Nevada state dance.

Are the lawmakers in Nevada crazy?

In an editorial at Reno News and Review, Brendan Trainor provides a slew of reasons why square dancing should not be Nevada’s state dance:

… how many square dances are there on a Friday night in Nevada, compared to other forms of dancing? Even Western line dancing is more popular than do-si-do-ing … did Nevada invent square dancing? Hardly … any time of day or night, in many establishments throughout our great state, there are more people—mostly women—pole dancing than square dancing. Perhaps the Legislature should proclaim pole dancing, or its closely related cousin, lap dancing, to be our Nevada State Dance.

Yes! Consider all the reasons why lap dancing would be the perfect official state dance for Nevada: 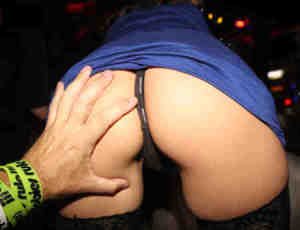 Lap Dancing Gets My Vote!

♦ 24 other (boring) states already have square dancing as their official state dance. (We’re not like the other guys!)

♦ No other state would have the balls to make lap dancing its official state dance (which is why so many lap dancers from other states fly into Vegas every weekend).

One Response to “Should Lap Dancing Be Nevada’s Official State Dance?”