U.S. Marshals Get the Bad Guy 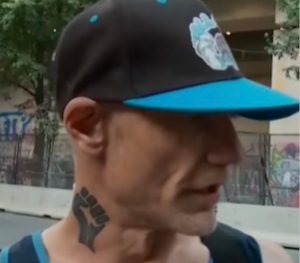 On Tuesday, I wrote about the organized, preplanned murder of a Trump supporter, Jay Danielson, Saturday night in Portland.  The murder was carried out by a death squad of Democrats’ Antifa-BLM terrorists.  You can read the details of the hit in my post here.

This morning, U.S. Marshals announced Micheal Reinoehl had been killed last night.  Reinoehl was the gunman who shot Jay Danielson in the heart in Portland for wearing a Patriot Prayer hat.

The Marshals had received a tip that Reinoehl was hiding out in Lacy, Washington, near Olympia.  A group of officers from the state Dept. of Corrections, the Pierce County Sheriff’s Dept. and the Lakewood Police Dept., all deputized by the U.S. Marshals and acting in U.S. Marshal capacity, attempted to peacefully arrest him.

Witnesses say Reinoehl was armed with a semi-automatic rifle when he engaged in a firefight with the officers. He unleashed 50 rounds on them before the officers shot him.  He was pronounced dead at the scene.

You can see a video of the aftermath here.

The murder investigation isn’t over, because although Reinoehl was the gunman, Oregon state police have confirmed the murder was carried out with the assistance of a group of at least a dozen Antifa-BLM co-conspirators.  They served as spotters, crime scene cleaners, lookouts, and a disinfo/propaganda team.

Last night, Democrats’ Antifa-BLM terrorists rioted outside the Kelly Penumbra police building in southeast Portland.  This morning, on multiple locations on the street outside the police building, Antifa-BLM members wrote “PPB [Portland Police Bureau] murdered Michael Reinoehl”, and “You Killed Michael”, and “Blood On Your Hands”.

What’s most appalling is that Antifa-BLM members wrote  “Long live Mike the best ally ever”, with hearts drawn around it.  Not only are Democrats’ Antifa-BLM terrorists not troubled by the murder, they praise the murderer over and over.

That may be because Democrats and the media have been funding, training and praising Antifa-BLM for five years now.  Biden campaign staffers and Kamala Harris have personally donated and raised millions of dollars to bail out violent Antifa-BLM terrorists when they’ve been arrested, including the Antifa-BLM who burned down a black neighborhood in Minneapolis.

We’re not talking about trivial bail amounts either.  The bail for some of these terrorists was hundreds of thousands of dollars apiece.  They were charged with serious crimes, including murder and rape.

And Antifa media had even started putting out puff pieces and outright lies about murderer Reinoehl himself.  Although there’s clear video of the stalking and shooting of Danielson, and Reinoehl’s victim had only a chemical spray to protect himself, the media started claiming Reinoehl was the victim. The DNC-controlled media is that corrupt. 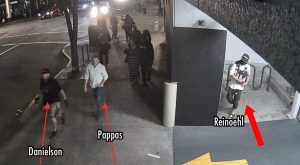 Reinoehl lied on Vice.com about killing Jay in self defense. Oregon State Police confirm
it was an ambush and an execution.

Reinoehl is the fourth Antifa-BLM terrorist fatally shot by law enforcement while they attempted to kill others.  Charles Landeros was fatally shot after he pulled out a gun and aimed it at school personnel in Eugene, Oregon. Willem van Spronsen was fatally shot while carrying out a firebombing attack on the ICE Detention Center in  Tacoma, Washington.  Officers shot him when he tried to light up a full propane tank.  Connor Betts was fatally shot by police after killing 9 and injuring 17 others by gunfire in Dayton, Ohio.

A number of other Antifa-BLM terrorists were arrested in Portland, Denver and other cities by the Marshals on federal charges overnight.  The FBI investigations Barr ordered are finally paying off.  It’s getting hard to keep up with all the arrests.

I’m working on a major post about what polls are showing about voters’ anger at the Democrats not only for supporting Antifa-BLM terrorists but for the ongoing lockdowns over the Bat Plague hoax.  That will be up later today or tomorrow.

The GOP just won another election lawsuit, this time in the Minnesota Supreme Court.  Democrats tried to legalize ballot harvesting in the state and the GOP stopped them.

So far the GOP has won every one of these lawsuits against same-day voter registration, ballot harvesting and mail-in voting.  Eight states to go, including Nevada, where the Democrats clearly plan to bus in people from California to same-day register and overwhelm us.  Same-day registration was illegally rammed through by Sisolak in July.