The Library Reopens as a Black Strip Club 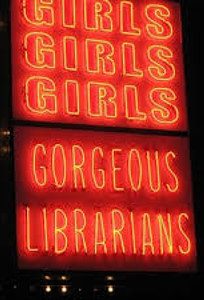 The Library, a topless club on Boulder Highway, has reopened after being closed for six or seven years.  I’ve driven past the club a few times and it appeared rather dead.  So here’s what I know so far.

The new incarnation of The Library is a topless club with a full bar, but it’s only open on weekends and doesn’t open till 9 pm. Plus, it is now an urban club — meaning the clientele is primarily African-American and the music is mostly hip-hop and rap. Word is that the party gets going very late at this club.  Think 2 am.

The Library is located at 3785 Boulder Hwy in Las Vegas.  You’ll have my full review next week.

Scores Reopens Where Foxy’s Used to Be

Scores is a nationwide chain of topless clubs.  The Vegas edition used to be where Rick’s Cabaret died a few years ago, a palatial space that later became the House Show Club, and earlier was known as Jaguars. That locale has always meant strip club death in Vegas.  But that’s not where the new Scores is located.

A new Scores opened just last week in the little Highland Dr. strip mall where Foxy’s used to be. Foxy’s was a little locals’ strip club first owned by a local appliance dealer who happened to sell me my dishwasher. Then it became an urban club.  Then a parking lot shooting closed that down.

Most of the Scores strip clubs I’ve been in (including the one that used to be in Vegas) have been major gentlemen’s clubs. But Foxy’s isn’t big enough to be a major club. I never saw more than two dozen people in there in the old days, and two dozen people looked like a crowd in that space.

So it’s hard for me to imagine a big national chain having any interest in that property. Have they expanded? Don’t know. I’ll provide a full report next week with hours, prices, dancer quality, ambiance, etc. Until then, the new Scores is located at 3013 S Highland Dr.