Nunes vs Shevchenko for Baddest Woman on the Planet 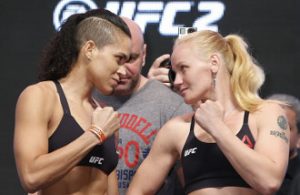 Amanda “Lioness” Nunes of Brazil may be the top power puncher in the women’s bantamweight division.  She’s coming off back-to-back wins against Meisha Tate and Ronda Rousey, after knocking out Rousey in the first round and beating Tate in the first round by submission.

Blonde Valentina Shevchenko of Kyrgyzstan (a dish) is known as “The Bullet.”  She’s a Muay Thai kickboxer known for precision strikes & clinchwork.  Basically, after she figures you out she comes at you like a dervish until you crumble.

Shevchenko is a Seabiscuit kind of fighter—she tends to start slow and then come back to dominate.  She lost to Nunes in March 2016 by close decision, but she says she would have won that battle with just one more minute to fight (and I believe her).  That fight was only three rounds, while Saturday’s fight will be five.  Nunes has to finish off Shevchenko early, or watch out.

Demetrious “Mighty Mouse” Johnson, whom Sherdog has ranked the #1 pound-for-pound fighter in MMA, takes on up-and-comer Ray Borg in his quest to shatter the seemingly unbreakable record for consecutive UFC title defenses.  Johnson is a beast with quick powerful striking, elusive movement, and a wrestling base that allows him to dictate a fight.

UFC 215 will cost $59.99 on PPV.  Or you can watch for free and cheer with the crowds at the great strip club viewing parties below. 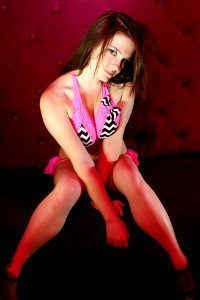 Deja Vu Showgirls, once again, has the best UFC fight-viewing drink deal in town. There’s a four-hour open bar (6 – 10 pm) for domestics and wells, so essentially you’ll drink for free throughout the prelim bouts and both co-main events.

By that time you’ll be ready to let one of Deja Vu’s dancers lure you into one of the club’s private VIP rooms for some up-close-and-physical fun.  Choose between a room furnished with a roomy sofa or a full-sized bed and close the door behind you starting at 15 minutes for $150, or roughly the same price most Vegas strip clubs charge for the group VIP. 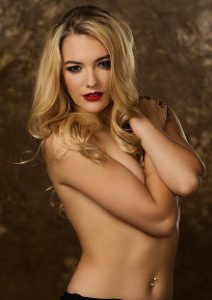 The club accepts bitcoin, ethereum and LGD tokens for admission, drinks, dances and everything else (they also accept cash and credit cards).  There’s a 20% discount for using the club’s LGD tokens, which you can purchase at the club (for more info, check out the Legends Room website).  Cover charge is $45 for non-NV residents and free for locals, but out-of-towners can get free admission by calling for the free club limo at 702-824-7176.  Topless, full bar, 21+

Hustler is advertising a UFC 215 viewing party with no details. Locals with Vu Card free. $50 cover for out-of-towners. Or call for their limo and admission is $40, which includes two drinks. Topless, full bar, 21+