Miocic vs Cormier for the UFC Heavyweight Championship 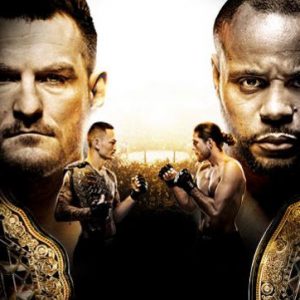 As Always, Better with Topless Girls

It’s not too early to start planning for the big UFC 226 “Superfight” on Saturday, July 7. The Vegas strip clubs have already started advertising their package deals because this is a big one and Vegas will be packed.

Miocic’s size advantage is not the only thing playing into the betting odds, however. There’s also his recent history. He’s coming off a six-fight winning streak, with five of those wins being by a first-round knockout.

But if you’re thinking that Miocic is just too big for Cormier to handle, remember that Cormier’s first 13 UFC fights were in the heavyweight division and he had no problem going 13-0. So he’s used to beating up bigger guys. If Cormier manages to pull out a win against Miocic he would be only the second UFC fighter in history to hold a title in two different weight divisions. The only other fighter to accomplish this was Connor McGregor in 2016.  So there’s a lot to fight for.

Sapphire offers UFC package deals for singles, couples and groups starting at $35. The best deal is the $65 package that include transportation, admission, reserved seating, a $50 drink card, and the buffet. The club also raffles off lots of prizes—everything from t-shirts to HD TVs and dance dollars for hands-on fun with their topless girls.

Update:  Based on early reservations, Sapphire is warning that this event will sell out.  Don’t wait to make your reservations! 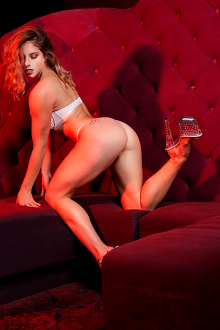 The number one drink deal of any UFC viewing party in Vegas is at Deja Vu Showgirls with a four-hour open bar (domestics and wells) from 6 pm to 10 pm. No other strip club, sports bar or casino UFC party even tries to compete with that. It’s also why Deja Vu has become the locals’ favorite for sports-viewing parties.

Plus, if you arrive by Deja Vu’s free limo, you not only get free admission but a voucher for another free drink for when the open bar ends! That’s way better than paying $64.99 for PPV at home!  If you don’t arrive by the club’s free limo, admission is $10 for locals, $20 for out-of-state, $45 if you take a cab, Uber, Lyft, or casino house limo.

This is a great party for sitting and flirting with the dancers while you drink free and watch the fights. Then, take your favorite girl into one of Deja Vu’s comfy private bedrooms (with a real door you can close behind you). Bedroom prices start at 15 min for $150.  That’s roughly what other Vegas strip clubs charge for the group VIP, which is another reason why we rate Deja Vu one of the best Las Vegas strip clubs on a budget.

Hustler Club is screening UFC 226 with an open bar until 8 pm. Expect $50 admission for those who arrive by cab, $40 if you arrive by the club limo (you get two drinks with that). Locals free with Vu card. Topless, full bar, 21+