Former MMA champion, Nick Diaz, one of the most influential names in MMA, was spotted watching the UFC 282 fights at 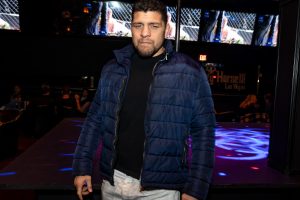 Upon his arrival, Diaz stopped to take photos and sign autographs for a crowd of eager fans who flooded him with questions about his future plans of returning to the octagon in 2023. 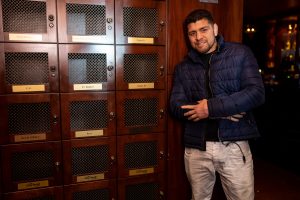 than ever, stronger than ever, better than ever – I’m just gonna be a whole new me.” When asked who he’d like to face off in the octagon, Diaz eagerly replied, “Whoever is on top at the time, preferably Israel Adesanya, if he gets his title back.”

Before making his way to a lavish VIP table, the award-winning gentlemen’s club surprised Diaz by presenting him with one of its highly-sought after member VIP bottle lockers, customized with a “Nick Diaz” gold nameplate. 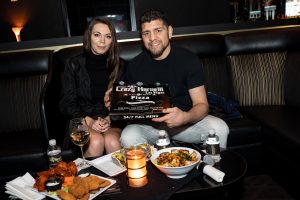 Joined by his girlfriend, Kayla Ramos and a group of close friends, Diaz caught every second of the fight night action on the club’s massive selection of 100-inch TVs. Throughout the evening, he appeared to be in good spirits, cheering on various fighters and stopping to chat with hundreds of excited fans.

Throughout the evening, he noshed on the club’s vegan tacos, which he raved about. Before departing, he ordered additional food to go that he planned to distribute to disadvantaged people in the community to enjoy following his departure from the club.

Special Thanks to Alexis Kouser of BrandBombPR

One Response to “MMA Champ Nick Diaz at Crazy Horse 3”