It is now a full three months since the Las Vegas Police and the IRS obtained a search warrant and confiscated the computer systems at Club Paradise, effectively shutting down the Vegas topless club for the entire summer. Police have been investigating complaints from multiple customers who allege they were drugged at the venue and became victims of credit card fraud.

According to Club Paradise’ lawyer, the investigation is focused on two former dancers at the club and one floor man. He says Club Paradise management and owners are not suspected of involvement in the alleged scam. 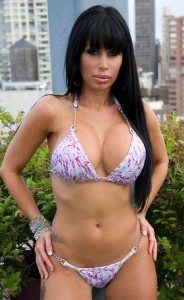 Meanwhile, according to KLAS Channel 8 in Las Vegas, three of the four dancers who have been indicted in a similar scam in New York have or had work permits to dance in Las Vegas strip clubs. The suspected ring leader of the New York scheme, Samantha Barbash, actually obtained her Las Vegas work permit in July, while she was already under indictment in New York. (From her photo, it appears she may have been hiding the loot in her boobs.)

Although three of the four dancers under indictment in New York have had work permits to dance in Las Vegas, lawyers for Club Paradise say that none of the dancers suspected of credit card fraud in New York have ever worked at Club Paradise. Although NYPD and Las Vegas Metro have been in contact with each other about these cases because of the similarities, no connection between the two has yet been found.

As for when Club Paradise might get its computer systems back so the club can reopen for business is anybody’s guess. The cops are keeping their mouths shut while the investigation continues.

(For an update on this story, see NYC and Vegas Strip Clubs in Legal Limbo.)

One Response to “Update on Club Paradise Closing”