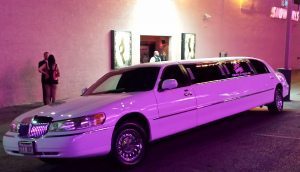 The amount the Vegas strip clubs have to pay cab drivers for dropoffs has a lot to do with both the prices the clubs charge customers (especially out-of-towners) and the deals they offer to customers who take their club limos instead of cabs. So, I’ve been following this story closely for the past five years, which was when the kickbacks (spiffs) paid to cabbies first went out of control.

The Courthouse News Service recently ran a story on the Vegas cabbies’ “spiff” system, “Kickbacks: the Las Vegas Way of Life.” The article discusses the kickbacks that cabbies get for dropping off customers primarily at strip clubs and massage parlors.

Most interesting to me was a reference to a website called CabDash, where cabbies can check the current kickbacks offered by the various strip clubs and massage parlors (plus a few other businesses that pay small kickbacks—like shooting ranges, liquor stores, golf stores, etc.).

When I checked the site out, I found that the strip club kickback info seemed wrong.  (For example, Cheetahs and Treasures are listed as paying only $20, while Hustler is shown as paying $80.)  But I found it interesting that the kickback system had evolved to the point of a web site.

I texted a buddy in a local club who’s in charge of dealing with the cabbies there. I asked him about CabDash. He says their info’s not accurate. According to him the current kickbacks at Sapphire and Cheetahs are $70. Hustler, Treasures, and Deja Vu Showgirls are paying $50.  He says the kickbacks have been in the $50-60 range for quite a few months, but have recently begun creeping up again.

He cautions that the kickbacks change weekly.

In any case, as long as the cabbie kickbacks stay at such a high level, the clubs will continue to offer good deals to customers who take the free club limo instead. Palomino Club, Little Darlings, Deja Vu Showgirls, and Club Lacy’s offer guaranteed round-trip transportation to their clubs (free), plus free admission if you take the club limo, no strings attached.  (Most clubs don’t guarantee return transport.)

And look at the deal at Sapphire right now:  They’ll pick you up in their limo, waive the club’s $33 admission fee, and let you get your first two drinks for $18 ($9 each). Even locals can’t get that deal at Sapphire, because locals have to pay $14 each (minimum) for drinks. So if you take Sapphire’s limo, you not only save money on cab fare and get into the club for free, but your first two drinks will cost you $10 less than what the locals pay.

Once again: Never take a cab to a Vegas strip club. What are you thinking? Not only is the limo service free, it’s a helluva nice ride.

Incidentally, the kickbacks cabbies get from massage parlors, according to CabDash, are all over $100 and as high as $200. So if you take a cab to a Vegas Massage parlor, don’t expect to be able to negotiate a bargain rate.