Usher and his entourage entered the club, dropped some fake money and made it rain, publicity-wise.

Peter Feinstein, Sapphire Managing Partner said, “I thought it was a joke when I first heard about 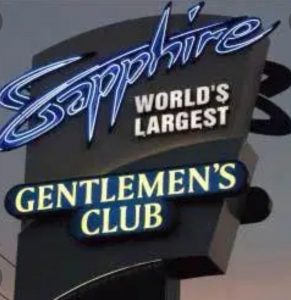 it.”  The singer’s entourage came in with a briefcase full of ‘Ushbucks’ and passed them around to dancers, staff and other customers.

According to Page Six, Usher (birth name is Usher Raymond IV) and his buddies were in the club as part of his successful residency in Las Vegas. The New York Post reported that the star and his crew threw novelty, “Ushbucks” around the venue, apparently to hype his residency in Las Vegas at the Dolby Theater at Park MGM.

Sapphire owner “Usher will be back to ‘make things right”

Feinstein said the superstar is promising to return to the club “to make things right” during his residency in Las Vegas.

Usher’s appearance at Sapphire touched off a social-media backlash. Usher was called out on those platforms for invoking artificial cash that was snapped up by the club’s dancers. The user Yaya @birdsofpreys blasted the celebrity, “Usher throwing fake money at a strip club? To hard-working women”

He brought $100 denomination Ushbucks to Sapphire. Some of the dancers, who are independent contractors, were fooled. Usher has left behind “Ushbucks” at such Vegas venues as Esther’s Kitchen in the Arts District. 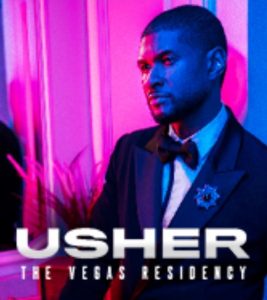 “The $100 bills created a lot of excitement, because they look so much like real bills. But this wouldn’t have created a problem, except some of our entertainers tried to cash them in at the cage where we make all of our transactions,” Feinstein said. “That’s when the pedal hit the metal, so to speak. But he also left a lot of real money, bought a lot of ‘Dance Dollars,’ which we do create and use in the club.”

The “Dance Dollars” are exchanged for actual cash, and the dancers then turn them in for their night’s pay. From what they tell me, anyway.

It was reported that the R&B star and his team spent a lot of real USDs on “very expensive liquor bottles.”

“We would love to host him again,” Feinstein said.