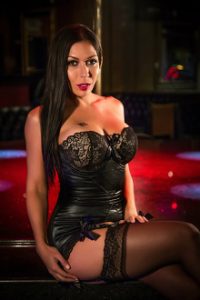 If you’ve been living under a rock and you don’t know who Post Malone and 21 Savage are, Post Malone’s “Rockstar,” featuring rapper 21 Savage, has been number one on Billboard’s Hot 100 for eight consecutive weeks.

Legends Room is a dark and elegant strip club filled with plush leather and suede sofas.

General admission (which means standing room only) for this special New Years Eve party is $100 for men or $50 for women. That’ll get you into the main room but not the members’ area. Tix that include reserved seats and members area seats are ranging from $500 to $1000.

I strongly recommend reservations for this party.  Call 702-824-7176 to make a New Years Eve reservation and to reserve your ride in the club’s complimentary limo.