The Value of the Vegas Strip Club Royalty Treatment 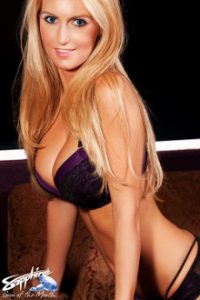 Mae is a Sapphire Gem

Based on feedback from readers, I’ve been reconsidering my typical advice on Vegas strip club package deals.  What’s been happening is, readers seem to like packages a lot more than I anticipated they would, and their arguments in favor of packages make sense.

If you’ve been reading this site for a while, you know that I focus on steering readers not only to the best clubs, but to the best ways to do those clubs to have both the best time and the best deal.  I talk about the clubs’ free limo transport, advise what times to get to the different clubs to get in free or get a good seat.  I talk about which places offer friendly drink prices and where you need a package to get a break on drinks.  I talk about where the VIP is worth it and where you might as well save money because the mileage is just as high on the floor.

I focus on all this stuff because, if you do them the wrong way, the Vegas strip clubs can be ridiculously expensive, even rip-offs.

The Wrong Way to Do a Vegas Strip Club

The average Vegas tourist who goes to a strip club spends $25-$30 on a cab to the club.  He has no idea which club to go to, so he asks the cabby, who automatically steers him to whichever club is paying the highest cabby bribe that night.  It may be the worst club in Las Vegas, a clip joint and stripper graveyard that every local knows never to enter, but that cabby knows he’ll never see you again.

Upon arrival at the club, the tourist waits in a long line to get in.  On a Saturday night at peak hours, in the tourist and convention seasons, a club like Sapphire not only gets to standing room only, they get to the fire marshal’s max occupancy number.  On those nights, you may wait in line up to an hour or two to get into a club.  Then, when you finally get admitted, the admission fee is $50, and you will likely be required to pay for a couple of drinks up front.  That’s when you find out the high prices Vegas strip clubs charge for booze.

As you enter the club, you’re into this evening for over $100 already, and facing another $25-$30 cab fare back to your hotel.  There’s no place to sit down, so a lap dance is out of the question.  You crane your neck, trying to see the stage show, and sip the two drinks you paid for, hoping a seat will open up.  None do.  When you finish your drinks, you leave angry, vowing never to return to a Las Vegas strip club.

The Better Ways to Do a Vegas Strip Club

Most Vegas strip clubs offer package deals that allow a guest to pay one price that includes his transportation, entry fee, and drinks. (I often point to the better Vegas strip club package deals in reviews and articles about the various clubs.)  The packages for solo guests, couples and groups have a wide range of drink options, from a specified dollar figure for drinks to pitchers or buckets of beer to premium bottle service.

Usually the packages include a discount on the club’s normal drink and bottle prices.  Usually they include a reserved seat or VIP table so that, even if you arrive at peak hours, you have a table waiting that is yours for the entire night. And usually they include a line pass so that, no matter how long the line when you arrive, you are whisked past it by your limo driver straight into the club. Vegas’ most luxurious club, Treasures, which has a gourmet steakhouse on property, even offers dinner packages here.

Although you can sometimes do as well, or even save money, at a Vegas strip club without a package, if you know exactly where to go at what time, know the best drink deals at that particular club, have relationships with favorite dancers, and so on, most out-of-town visitors to Vegas probably want more flexibility.  You’re going out to dinner or a show or a fight with your buddies or wife, and you want to hit the club after without worrying about arriving before the admission fee goes up.  Or you want to see the club at its very best at peak hours without wasting time standing in line.

Here’s what yesterday’s post, Exploring My Wife’s Bi-Curiosity in a Vegas Strip Club, had to say about getting a package versus not getting a package. It was written by a couple that went to Palomino, a premiere Vegas nude club, on three different nights. The first night, they got a package deal and said:  “The VIP Package service really is just that. We had a server immediately at our table, bringing us mixers, a pitcher of water, a lit-up tub of ice … it was quite regal. You are paying for a lot and it can really end up being a deal.”

This couple was especially glad to have a reserved table for the night when they enjoyed VIP dances:  “Thanks to our ‘Two of a Kind’ couple’s package our table was right where we left it and everything was intact as well. The place had been getting busier and knowing we could come and go from the table as we pleased really made us appreciate the package even more.”

The second night, they decided to drive themselves and just order drinks as needed, without the package . . .

“While the server was attentive, there is a big difference between ‘VIP package’ customer and ‘walk in off the street’ customer.  The latter isn’t poorly treated, mind you, but the former feels like royalty . . . Our bar tab without a package was over $100 just in mixers and water.  When you’re on a package, pitchers of water flow like wine.  When you’re ‘off the street,’  they bring you $6.50 bottles of water . . .  When we paid the bar tab on a credit card (we) realized that ‘no package’ was no deal. And if we were ever to come back in the future, it will be ‘VIP package’ all the way.”

On their third night, this couple got the package deal again, and said:  “The VIP package is really a requirement if you want to do this right.  Not only will it control your bar tab but it can save you time and grief dealing with losing your table.” 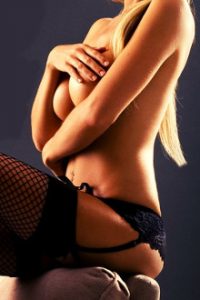 So my new advice on package deals is this:  If you’re a guy heading to a club alone, and you’re very flexible on the time you go to a strip club, you like to sit on the rail, and you want to save every penny you possibly can, look for my tips throughout the website on how to do the best Vegas strip clubs without a package.

But if you’re here on vacation, you’ve got some discretionary money, and you’re looking to give yourself a good deal in a premiere Vegas strip club at its peak, with the best possible treatment, go for a package.  Isn’t it time you spoiled yourself?

Or if you’re going on a strip club date with your wife or girlfriend, and you want her treated like royalty and want to make sure you don’t lose your table, get a package.

Or if you’re going to a Vegas strip club at peak hours with your buddies, and you want to make sure you can all sit together in a prime location, get a package.  There’s nothing like a group of guys with a bottle on the table to attract top dancers’ attention.