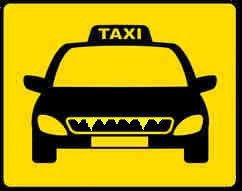 For many years, Las Vegas cab and limo drivers (and now Über and Lyft drivers too) have been getting a kickback called a “spiff” from most strip clubs for the customers they deliver to their doors. The spiffs have ranged from $25 to $125 per customer delivered.

You read that right.  If you take a cab, limo, Über or Lyft to a strip club with two of your buddies, the cabby is getting a bribe of between $75 and $375 when he drops the three of you off at the door. And if a club refuses to pay it? The cabbies stop bringing customers to the club, and the club goes under.

Cabbies have gotten bribes of as much as $180 dollars a head to deliver customers to Vegas massage parlor clip joints (places where they insinuate that the customer will get sex for a higher fee, but don’t deliver; when the customer complains, security boots him).  Moral of the story:  Don’t trust cabbies’ recommendations.

For decades, the standard strip club spiff had been in the $20-$25 range and the strip clubs and cabbies were thriving. But in 2008, as the economy worsened and the number of visitors to Las Vegas declined, the going rate went up. Within a few years, the head rate had gone from $30 to $50, then $80, and finally $100-plus as the struggling clubs tried to capture a bigger share of a shrinking market.

Essentially, the strip clubs got into a price war with each other and the cabbies milked it for all it was worth.

Some excellent strip clubs went bankrupt a couple years ago as a direct result of paying the exorbitant spiffs (a blow to their customers).  After that, the spiff went back down to the $25-$30 level and stayed there for a while, but as I write this (updated in March 2017), the spiff is back up again to the $100 per head level. These kickbacks to cabbies are the main reason why Vegas strip clubs cost so much for out-of-towners. The clubs have to get their money back somehow or go out of business, so you’re the one who pays.

The Good News:  Free Strip Club Limos for You

The good news is that the Vegas taxi wars have created a beneficial situation not only for the cabbies but for Las Vegas visitors who want to hit the strip clubs.  To avoid paying the bribe, many of the major clubs now offer free transportation, as well as free entry, to customers who take advantage of their free limo/shuttle service. The cab fare you’ll save by letting the strip club limos transport you will be up to $20 each way from most casinos.

All of the topless clubs also have a two-drink minimum, and many visitors are less than thrilled to discover domestic beers priced as high as $12-$18 in some of the most popular clubs. If you take a cab to a strip club in Vegas, you’ll spend $100 before you’ve even had a lap dance. 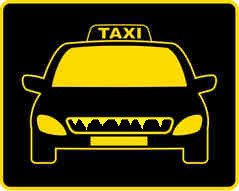 My advice is simple:  Don’t take a cab to a strip club. Let the clubs shuttle you in and waive your admission charge, giving you $85-$95 more to enjoy the pleasures of the establishment. The cabbies’ loss is your gain. If you’re part of a large group that needs shuttle service, they’ll take the whole lot of you with the same deal—free transportation and free entry for all.

If you’re still thinking of visiting the strip clubs in a cab, be aware that some cab drivers divert customers from clubs that won’t pay the higher spiffs to those that will. Cabbies have been recorded on video discouraging fares who asked to be taken to a club that didn’t pay the high drop-off fees by saying that the club was dirty, or had dancers who were old hags, or was a gay hangout. So don’t expect to get honest information about the “best” clubs from a cabbie. Here’s a quote from a comment right here on TVO, from a customer who wanted to go to a club that doesn’t pay spiffs:

I was prepared for my taxi to push for me to go somewhere that would give him a kick back, but he took another angle that I wasn’t prepared for. He immediately said the place didn’t exist, and he only reluctantly started driving me to the address I gave him…I had to give him turn by turn instructions too.

At each turn, he acted like I was making a mistake. Then we drove up to the club to see an empty parking lot. I looked into the door and saw an adult video store. He just about had me convinced that I was wrong, until I saw a girl walking out and asked her…

The Vegas taxi wars battlefield is littered with strip club casualties—Velvet Lion, Seamless, Badda Bing, Rick’s Cabaret, Crazy Horse Too, Striptease—all high-end clubs that had top-of-the-line dancers, but couldn’t afford the high spiffs at the height of the taxi wars. When a club loses its tourist drop-offs, it also quickly loses its high-end dancers (who leave to go where the tourist crowds are—which is to say, to the clubs that are paying for the drop-offs). And when the high-end dancers disappear, the club loses a lot of its local following, because the locals—who know nothing about drop-off fees and couldn’t care less—follow the girls. 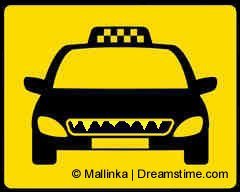 Shouldn’t There Be a Law?

As a matter of fact, the Nevada Taxicab Authority, a state regulatory agency, has rules against cab drivers diverting customers and accepting tips from third parties for delivering customers to their destinations. But according to sources both in the clubs and in the cabs, the rule isn’t enforced.

Some sources estimate that Las Vegas cabbies were collecting more than $40 million per year in spiffs from strip clubs in peak years, an amount substantial enough to draw the attention of the IRS. To deal with the specter of the taxman getting involved, and despite the violation of Taxicab Authority regulations, one club had allegedly put the cabbies, informally, “on the payroll” by issuing vouchers for each drop-off, which the cabbies could then cash in on a weekly basis.

This club could then issue 1099s to the drivers, keeping the club straight with the IRS by getting these payoffs out from under the table. According to an article in the Las Vegas Review-Journal, IRS agents met with some 40 club execs and informed them that all clubs would begin issuing 1099s to cabbies or face criminal prosecution.

On June 2, 2009, Theodore Trapp, a Californian who allegedly became angry at having been diverted by a Las Vegas cab driver from the strip club he requested (Play It Again Sam) to a different club (Spearmint Rhino), filed a class-action lawsuit naming 14 Las Vegas strip clubs and a dozen or so cab and limousine companies as defendants, plus one cab driver who acknowledged participation in the taxi drop-off payouts. He was suing to stop the practice of clubs “tipping” cab and limo drivers for delivering customers.

The Trapp lawsuit went so far as to accuse both the clubs and the cab companies of violating Nevada’s RICO statutes, alleging the practice of kickbacks to drivers by the clubs to be some sort of price-fixing scheme that qualifies as racketeering by “criminal syndicates.”

The lawsuit was ultimately dismissed by a federal judge who said he saw no evidence of a conspiracy by the strip clubs, pointing out that no laws disallowed clubs from tipping cabbies. Regarding the cabbies diverting customers for higher drop-off fees, he wrote in his decision: “That some taxi drivers engage in unlawful conduct to obtain a lawful payment from an adult nightclub does not cause the adult nightclub’s payment to be unlawful.”

Why I Hate the Taxi Wars

Not only were some of my favorite strip clubs put out of business during the height of the taxi wars, but beer prices went up all over, as all the clubs were feeling the cost of the battle. For example, the price of a beer at OG (now moved and called Sophia’s) went up from $7 to $18 and at Treasures from $7.50 to $12. Those steeper drink prices also hurt the dancers, as every strip club customer has only so much money to spend in the club.

Ultimately, a sizeable chunk of the money the cabbies are making comes out of our pockets. We get hit with the bill. You think I like paying $15 for a Bud at Sapphire? I hold nothing against the cabbies for taking advantage of the strip clubs’ cut-throat competition tactics. But when the cabbies’ booty is coming out of my pockets, I’m going to do everything I can to keep their hands off my money.

What You Can Do

Out-of-towners can do quite a bit to cut their Vegas strip club costs by taking advantage of the participating clubs’ free transportation service. And who knows … if enough customers quit taking taxis, we might even see some of the ridiculous drink prices come down. It’s all you guys taking cabs that have created this situation. I’m begging you guys:  Don’t take a cab to a strip club. Call for a free ride and probably free entry and possibly other enticements and save yourself a bundle by joining my “Screw the Cabbies” revolt.

Here’s a list of some of the deals I found for strip club limo service.

25 Responses to “The Vegas Taxi Wars”