We’ve Entered the Comedy Gold Period of the Election Steal

If you missed yesterday’s post, start there.  Yesterday was a killer news day.  I’ll be live blogging below all day as news comes in.

The Comedy Gold portion of the election steal has started.

The Election Steal in a Nutshell:  Dominion/Smartmatic/Sequoia, etc. Software is ClA Software (Pinned)

Before we get to the hilarity, let’s get one issue out of the way because I’m tired of hinting at it and dancing around it.  Dominion Voting Systems software is used in all voting systems in the U.S. and it’s really the ClA’s Scorecard software.

Now, nobody official has stated this fact this clearly yet, but follow along for a moment, okay?

And I’ve posted links to research on state vote count logs that showed Dominion-style vote flipping and fractional vote weighting and vote insertions and deletions occurred in at least 40 states, some of which don’t use the entire Dominion voting system.

I also link below to research showing Dominion-style vote rigging in Philly, where they don’t use the full Dominion voting system.

Sidney Powell has also said on other recent occasions that ClA Scorecard software was used to rig the U.S. general elections.  I’ve linked to a video of Lt. Gen. Tom McInerney confirming that.

We also know from multiple sources that there’s a ClA election-hacking base in the U.S. Consulate in Frankfurt, Germany and that it operates behind a front company.

And multiple sources have also confirmed that Scytl servers were recently seized in a U.S. Army special forces raid in Frankfurt.

Since foreign countries we’re not at war with don’t normally allow U.S. Army special forces to carry out raids on their territory, I think it’s a pretty good assumption that the raid was carried out on the ClA election-hacking base at our U.S. Consulate there.  The U.S. Consulate is technically U.S. territory.

And if that assumption is correct, Scytl is a ClA front.

That Means Dominion is a ClA Front

Pieczenik knows about Dominion.  He’s been tweeting about Dominion.  So when he says the ClA’s regime-change voting software was turned against America by Obama, Brennan and Haspel, he’s not saying it because he’s not aware we used Dominion software.  He’s saying Dominion is using ClA software, which means Dominion is ClA.

Since we also know from Sidney Powell that foreign enemies were involved in the election rigging, it would appear the ClA is now an internal enemy conspiring with foreign enemies in an attack on our country, and they did it with the help of the Mockingbird media, Big Tech, and a lot of U.S. national, state and local politicians and government officials.

Now let’s get on to how hilariously incompetent this cabal of internal and external enemies is.

Well, Democrats really blew it on this one.  As of this morning, total ballots cast in the Nevada general elections were 1,327,394.

There are 77,982 more votes in the presidential election than there are total ballots cast in Nevada.

Biden’s phony win margin is +33,596 votes.  All data is from the NV Secretary of State website. 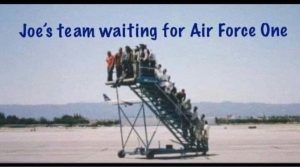 Data from the NY Times feed from Pennsylvania show Dominion rigged the Philly vote by selecting precincts throughout the day to be rigged.  While a precinct was in rig mode, it was programmed to give Trump an exact percentage of his actual votes, give Biden a minimum number of votes, and split the small remainder between a third party and Biden (via random assignment).

In other words, the vote you marked on your ballot in Philly meant nothing.  Your vote was assigned to Biden or Jorgensen after Trump maxed out on the percentage of his votes that Dominion allowed him for your precinct for that batch.

Trump team attorney Ron Coleman has retweeted this explanation of how it worked:

Once Dominion’s set ratio of votes for Trump and Biden had been hit in a precinct, that batch of votes would be released into the citywide vote count.  Then Dominion would jump to a new precinct to start the process again.  There would always be multiple precincts being rigged throughout the counting process.  They jumped around a lot to keep a single precinct’s constant ratio from becoming obvious.

There were several hundred of these precinct seizures and ratioed vote transfers on the day of November 4th alone, and the same ratios continued to be transferred for several more days. 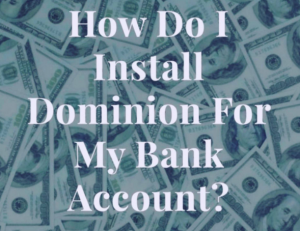 There were 581,467 registered voters in Gwinnett County, Georgia eligible to vote in the general elections.  Got that?  Read that number again.

Now enjoy the screenshot below of the Gwinnett County website’s Election Summary Report showing 811,836 ballots had been cast.  Click to enlarge.

My friend on the scene, Bad Kitty, reports that after she and others began calling the county to complain about those numbers, the county shut down its website.  Then their election staff turned off the lights and hid in their offices for hours.

Where Sidney Powell’s Info is Coming From

Here is today’s scuttlebutt.  What the hell, it’s Saturday.  Regard this as gossip from informed and semi-informed sources.

Reportedly the guy feeding Sidney Powell her info on the seized servers and Dominion vote flip evidence is Barr.  The person who gave Barr the evidence and is in charge of the server/Dominion sting is reportedly Ezra Cohen-Watnick, newly-appointed Acting Undersecretary for Intelligence in the Dept. of Defense and former aide to General Flynn.

Whether this report is true or not, “national security” beat “journalists” in the commie media are completely freaked out about Ezra Cohen-Watnick’s new job.

On the lower end of semi-informed, supposedly ClA and CCP operatives were caught in the raid when the Scytl servers were seized in Frankfurt.

Seized from ClA Election Monitoring/Manipulating Base

Journalist Adam Housley is reporting that three of his sources, “all as solid as they come,” say there is/was a clandestine location in Frankfurt run by the ClA used to monitor and manipulate elections around globe. They also confirmed that location did have servers, with a front company as cover.

One of his sources says this location was raided.  The other two didn’t know.

I regard Housley as a hard-working, honest reporter who tries very hard to be neutral and get his facts right.  Democrats are harassing Housley, trying to get him to delete this info, so I have taken screen shots.

I’ve posted about this ClA hacking base a half dozen times since the election.  Among other sources, Wikileaks has confirmed its existence.  It is/was reportedly located in the U.S. Consulate in Frankfurt.

Here is an amazing thread making a great case that Aleksandar Lazarevic, PhD is the guy who wrote the ClA Scorecard software that just rigged our elections.  He is the link with the rest of the Serbian programmers who worked for Dominion.

And if you read all the way to the end of the long thread, the first comment after it is evidence that Trump knows exactly who this guy is and what he did and that he has both this guy and Serbia by the balls for what they did.

Aleksandar Lazarevic wrote the book on how to do algorithmic boosting of datasets over time. The official name for it is SMOTE (Synthetic Minority Over-sampling Technique).

This paper presents a novel approach for learning from imbalanced data sets, based on a combination of the SMOTE algorithm and the boosting procedure.

Unlike standard boosting where all misclassified examples are given equal weights, SMOTEBoost creates synthetic examples from the rare or minority class, thus indirectly changing the updating weights and compensating for skewed distributions.

The author of the thread explains in layman terms:  “An adjustment will be made based on the top data point to keep the bottom data point on track to balance, or tie. Now apply that idea to tabulating votes.”

Another scientist acknowledged for his help in the work is Philip Kegelmeyer (E.E. Ph.D, Stanford), a Senior Scientist at Sandia National Laboratories in Livermore, CA. His current interests are machine learning and graph algorithms, especially as applied to ugly, obdurate, real-world data…”

Thread author:  “That sure sounds like changing data that can’t be detected.”

The thread author confirms Lazarevic worked for Dominion Voting Systems.  Lazarevic is suddenly doing everything he can to scrub this info from the Internet.

The thread author has gotten this info through to Sidney Powell and team.

Kemp Calls for a Signature Audit of the Georgia Vote

Happened last night.  Kemp is calling for an audit of the signatures on the absentee ballot envelopes.

So far Raffensperger is uncooperative.  Kemp certified the Georgia vote, but said that certifying the vote will clear the way for the President’s team to take further legal action.

Milwaukee Board of Canvassers Agrees with Team Trump

The vote audits have started in Milwaukee and Dane Counties in Wisconsin.

The Board of Canvassers agreed to the Trump team’s request to segregate the “indefinitely confined” ballots and other suspicious categories.

Source is CNN.  We start to see the effects of Trump’s meeting with Michigan state legislators in DC yesterday.

They are allowing time for Sidney Powell’s proof to be revealed.

Newt Gingrich has tweeted a report: ”Two key DFL Minnesota state senators have switched parties and will now caucus with the GOP, giving conservatives a 34-29 margin. A big story with national implications!”

The DFL is the Minnesota Democrat-Farmer-Labor Party.  Reportedly they have switched to Independent but, again, will caucus with the GOP.

This is before unraveling the vote fraud.  Mike Garcia claimed victory in CA-25 yesterday.  If that’s true, we’ve flipped 14 House seats so far.

Republican Miller-Meeks in IA-02 has claimed victory as well, but there’s a partial recount pending.  That would be 15 flips.

Republican Tenney currently has a small lead in NY-22, but Democrats are slow-rolling the count while they try to find mystery ballots and there are lawsuits flying.  That would be 16 flips.

As of the 18th, Democrats hadn’t won a single one of Cook Political’s 27 purported toss-ups.

Impossible to say who controls the new House yet but that doesn’t mean the media won’t lie to you about that.

Notably Twitter didn’t attach their usual disinfo to the tweet in service of the election steal.  They attached the disinfo to Trump tweets an hour earlier though.

Trump also retweeted statements from the Republican Majority Leader of the Michigan state senate and the Republican Speaker of the Michigan House.  They were political pablum about thanking the president for all the Bat Plague funds for Michigan, about allowing the committee process to work regarding the elections, about how allegations of fraud should be taken seriously, yada yada yada.

Meanwhile, in the U.S. Senate, they’ve apparently been busy naming a federal courthouse after Orrin Hatch.

Yes, Greenwald went there:  “The notion that you can’t point out NBC’s long-standing role in spouting ClA propaganda without ‘endangering’ their employees is manipulative bullshit. They hired *John Brennan*, Ken Dilanian and every other operative puked up by the security state. People already know.”